<![endif]-->
Advanced Search
HBO’s ‘Chernobyl’ Is The Highest-rated TV Show Of All Time On IMDB And Russia Is Now Retaliating
Category: International 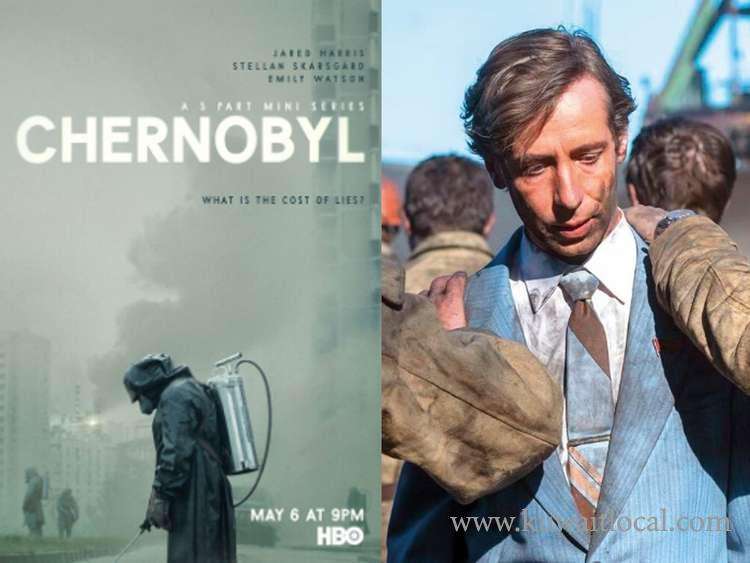 A US-made television series on the Chernobyl nuclear disaster of the 1980s has recently has jumped to the highest ever spot on IMDb’s all-time TV rankings just days after the limited series ended. The binge worthy, five-episode limited series retells the horrifying and gritty experience of what happened to the people of Pripyat, including gruesome details of what radiation poisoning does to the body and how one by one each organ shuts down and deteriorates (including the skin).
As of last week, the show had gained a 9.7-star out of 10 rating, ahead of the popular “Breaking Bad” (9.5), “Game of Thrones” (9.3) and “The Wire” (9.3), according to IMDb’s ranking of TV shows.

The show, entitled simply "Chernobyl", is a hard-hitting five-part HBO and Sky series. The popular show was well received by Russian audiences, even if some critics accused the makers of distorting the facts to show the Soviet-era authorities in a particularly bad light. The show highlights how Soviet-era Ukrainian authorities reacted very callously when the explosion released radioactive material across Belarus, Russia and Ukraine.

According to the Nuclear Energy Institute, on April 26, 1986, the Number four nuclear reactor exploded at the Chernobyl plant outside of the Ukrainian city of Pripyat, which was then part of the Soviet Union. More than 30 people died in the initial aftermath of the accident, which went on for 10 days.
Radiation spilled into the atmosphere, forcing 115,000 residents to be relocated by the government in 1986, with an additional 220,000 residents moved out in the subsequent years. The Soviet government eventually quarantined an area stretching 18 miles in radius from the explosion, creating a radioactive ghost town that stood out as a stark symbol of dark risks of the nuclear age.

The United Nations determined in 2018 that nearly 20,000 cases of thyroid cancer among individuals under the age of 18 at the time of the accident could be traced to the contamination.

‘Chernobyl’ was not shown on local TV in Russia, but was legally available via the Amediateka streaming site, which gained the exclusive Russian rights to popular series such as "Game of Thrones".

Russian audiences praised the series for what they said was its eerie accuracy.

"The degree of realism in Chernobyl is higher than in most Russian films about that era," wrote pro-Kremlin daily Izvestia told AFP.

"I think this is a very high-quality product in terms of television series, there's nothing to find fault with," Susanna Alperina, film and television critic for Rossiiskaya Gazeta daily, told AFP.

The show was made "with such respect and sympathy for people, our Soviet people and with such contempt for the authorities who despised their citizens", Ksenia Larina, a presenter on Echo of Moscow popular radio station, wrote on Facebook.

But Russian media described the series as "propaganda" that exaggerated how non-reactive the authority was and the long time they took to officially acknowledge the accident and evacuate the area.

How is Russia retaliating?
Unhappy with the series, Russia plans its own version of Chernobyl, in which they plan to blame the CIA.

As the Hollywood Reporter reported last Thursday, a Russian company is in postproduction on a series on Chernobyl - one that implicates the United States as playing a role in the disaster.

The Russian series has reportedly been commissioned by NTV, a network owned by the media division of Russian natural gas company Gazprom and known for pro-Kremlin spin.

The Russian series apparently is part of this patriotic pushback. According to the Times, the production will be anchored in the premise that a CIA operative was at Chernobyl conducting sabotage. The series follows a group of KGB officials working to track down the infiltrator.

"One theory holds that Americans had infiltrated the Chernobyl nuclear power plant and many historians do not deny that, on the day of the explosion, an agent of the enemy's intelligence services was present at the station," the director, Alexei Muradov, told the Times.

Authorities say it will only be safe for humans to live in Chernobyl again in 24,000 years. Let that sink in.