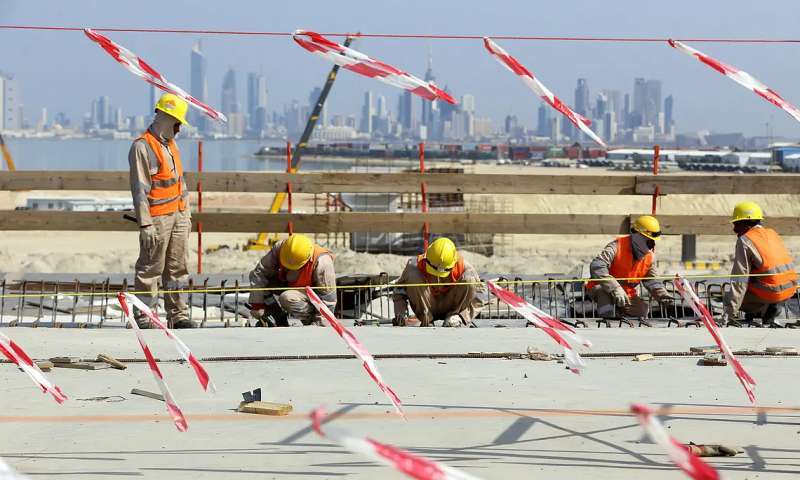 There have been government concerns over the economic effects of the application of the demographic regulation law concerning the increase in labor wages, reports Al-Qabas daily. Despite the official government position in support of demographics law approved by the National Assembly recently, official deliberations revealed that warnings issued by the ministers against the “haste” in addressing the imbalance in the population composition is not commensurate with the economic reality and the country’s needs for some workers. Ministerial sources called for the need to carefully study the issue and its implications, noting that many of the decisions implemented reflect government’s seriousness in addressing the imbalance in the demographic composition.

They said that Public Authority for Housing Welfare is on the verge of a large distribution plan under the Mutla’a City project and South Abdullah Al-Mubarak project, amounting to 31,500 plots, noting the application of the demographic composition law will inevitably lead to a reduction in the workforce, reflecting in the wages a simple citizen may not be able to carry around. Sources pointed out that the issue of demographics is the focus of government’s attention – as it started to implement the replacement policy, being one of the aspects of remedying the composition imbalance.

They stressed that flexibility of regulations and decisions is necessary in facing any development or circumstances, and there are many jobs that require foreign manpower due to lack of citizens to fill them. Government presented a detailed plan to the Parliamentary Human Resources Committee while discussing the Demographics Law, which was recently approved by the National Assembly.

Demographics Law approved by the parliament stipulates that the Council of Ministers shall issue a list of mechanisms to address the defect in demographic composition within a year from the date the law comes into effect, taking into account the preparation of mechanisms that include controls for setting a higher ceiling for expatriate workers. The Council of Ministers also issues annual executive decisions whenever there is need to put the aforementioned list into practice, while providing the National Assembly with annual reports in this regard after the published regulation comes into effect.