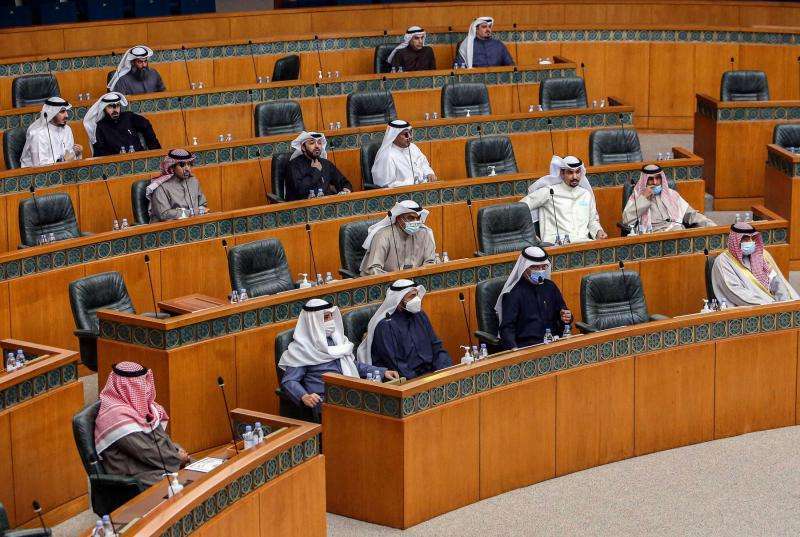 National Assembly Speaker Marzouq Al-Ghanim adjourned the special session on Sunday due to lack of quorum as the government had earlier declined the invitation to the session and only 23 MPs were present. The Assembly was supposed to discuss the grilling motions against Minister of Finance and Minister of State for Economic and Investment Affairs Khalifa Hamada, Minister of Foreign Affairs and Minister of State for Cabinet Affairs Sheikh Ahmad Nasser Al-Muhammad, and Minister of Health Dr Basel Al-Sabah. The Speaker then invited the government and MPs to the ordinary sessions slated for Tuesday and Wednesday, disclosing the agenda of the cancelled special session will be tackled in this week’s ordinary sessions as follows:

Article 100:
(1) Every member of the National Assembly may address to the Prime Minister and to ministers interpellations with regard to matters falling within their competence.
(2) The debate on such an interpellation shall not take place until at least eight days have elapsed after its presentation, except in case of urgency and with the consent of the Minister concerned.
(3) Subject to the provisions of Articles 101 and 102, an interpellation may lead to the question of no confidence being put to the Assembly.

■ Violating Law Number 3/2016 on the establishment of Kuwait Anti-Corruption Authority (Nazaha), which obligates public officials to submit their financial disclosures within 60 days of assuming public office. Failure to do so warrants a fine of KD 5,000 maximum; while those who delay the submission for more than 90 days will be imprisoned for three years and fined KD 3,000 to 30,000.