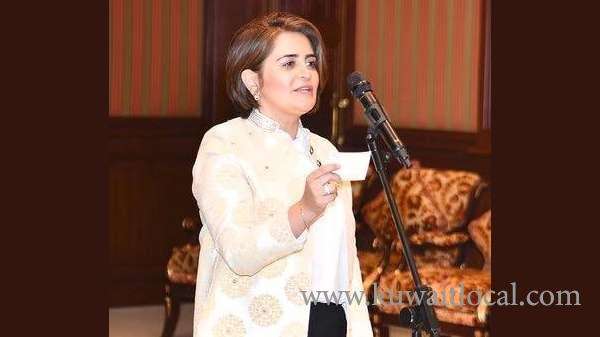 MP Adel Al-Damkhi insists that internal stability and national interest can be achieved with the resignation of the Minister of Social Affairs Dr Ghadeer Aseeri. Even though the MP did not provide much explanation, he revealed about calls to postpone the interpellation of the minister Dr Aseeri due to the recent developments in the region, stressing that this is the government’s prerogative if it deems necessary.

MP Al-Damkhi assured that this interpellation is “not at all sectarian and does not impact national interests, as some have described”. He said there are several MPs who object to Dr Aseeri occupying the ministerial position, and believes that this is enough for her to resign from her post.

In this regard, Minister Aseeri said based on the supporting documents that accompanied the interpellation submitted by MP Adel Al-Damkhi against her, “an objective response is not possible”. She submitted a letter to the National Assembly requesting further clarification on some points of the interpellation. Citing one of the points in the interpellation which states that she has forsaken the principle of cooperation of authorities, the minister said it neither elaborates on the matter nor states the situations or events where the accusation is applicable. She highlighted that none of the interpellation points have anything to do with the actions she took as the minister of social affairs, but it is a prosecution holding her responsible for the actions that were taken before she was assigned as the minister.

Freedom
Dr Aseeri then cited Article 36 of the State Constitution which stipulates that freedom of opinion and scientific research is guaranteed. Subject to the conditions and stipulations specified by law, every person shall have the right to express his/her opinion by speaking or writing or otherwise. She insisted that MP Al-Damkhi should pay heed to this article, and differentiate between her statements as a citizen and her actions and decisions as a minister of the state.

Meanwhile, the National Assembly Speaker Marzouq Al-Ghanim stated during a press conference that the agenda of the parliamentary session to be held on Tuesday, Jan 7 will include the grilling submitted by MP Dr Adel Al-Damkhi against the Minister of Social Affairs Dr Ghadeer Aseeri.

When asked whether Dr Aseeri can postpone the grilling, Al- Ghanim replied that it is her right to postpone the grilling according to Article 135 of the National Assembly Decree since the specified 14 days have not ended yet, reiterating that it is up to the minister. He explained that he asked for two special sessions to be held as part of his right according to Article 72 of the decree. The first session is for discussing the agreement on the joint zone between Kuwait and Saudi Arabia.

The second session is for the presentation of the government about the precautionary measures taken in view of the current regional events. The Speaker went on to explain that MP Abdul Kareem Al-Kandari and a number of MPs requested for a session to be held to discuss the traffic problems and the dangerous consequences including traffic accidents, deaths and injuries.

Consultations with His Highness the Prime Minister Sheikh Sabah Al-Khaled Al-Hamad Al-Sabah, the MPs and the relevant committees resulted in an agreement to hold a session on Thursday, Jan 9 to discuss three topics – traffic problems and the dangerous consequences, the agreement on the joint zone, and the government’s presentation.

“That meeting lasted only seven minutes, and only the topic of the thesis was discussed. It is not my problem if something exploits this issue”, he added. At the end of the press conference, Al-Ghanim stressed the need to uphold national unity and stand in support of His Highness the Amir, believing in his capacity and experience to steer the ship of the nation in the current turbulent regional conditions and anchor it securely on safe shores.