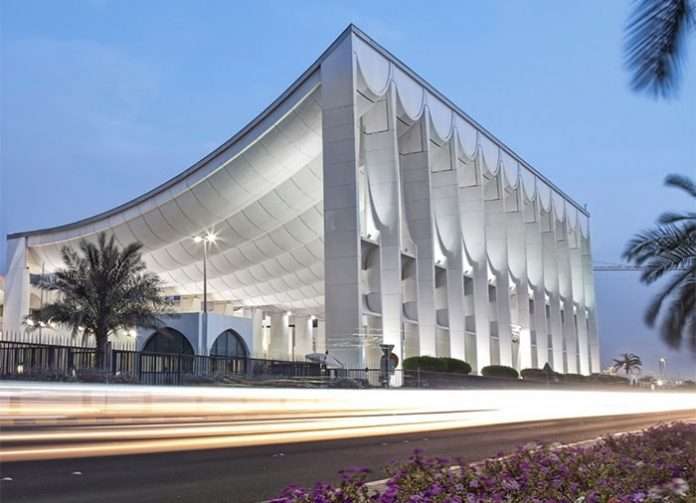 The Speaker added that the grilling motion from the two lawmakers will be scheduled in the agenda of the first ordinary session of parliament so as to set a date for discussion. The National Assembly is expected to reconvene only after 18 March, due to the suspension of regular sessions for a one-month period  by His Highness the Amir Sheikh Nawaf Al-Ahmad Al-Jaber Al-Sabah on 18 February.

The crux of the grilling motion filed by the two deputies centers around the issue of “selectivity in the application of the law”. No matter what the interpellation topic may be, it is abundantly clear that many legislators in the current parliament have no intention of cooperating with the government, and that Kuwait is in for a long bout of political uncertainty and accompanying economic pains.

While it is not clear whether the executive and its supporters in the legislature will attend the parliamentary session when the grilling motion is to be discussed, it is doubtful if the National Assembly can continue to function effectively for much longer given the ongoing contentious relations between executive and legislative branches of parliament. Unless some sort of compromise is reached between the two sides, or a permanent solution is found to the recurring circle of ‘grillings- resignations-dissolutions-elections’, Kuwait could soon become embroiled in political turmoil that threatens the country and its social and economic future.

Grilling or interpellation is a legislative tool available to lawmakers in democratic parliaments everywhere, but it also comes with the implicit caveat that it needs to be wielded wisely and responsibly by the elected members. Interpellations serve the purpose of helping to discern facts on issues that are being deliberately obscured, or where the government has been less than forthcoming; it needs to be applied to ferret out furtive deals, or erring actions, by the authorities and those in power.

But interpellations are definitely not to be  wielded as a ‘Damocles Sword’ over the heads of ministers on plans, policies and procedures they introduce in parliament, or implement as part of their ministerial duty. Grilling threats should also not be deployed by parliamentarians to further their personal or political concerns, or to settle scores with members of the executive branch.

The current motion to grill the prime minister is reported to have emerged following the government decision to refer over a dozen parliamentarians and their supporters to court. The lawmakers allegedly held a gathering last week that was attended by around 300 people, in total disregard of precautions issued in the wake of recent upsurge in COVID-19 cases in the country. In addition to the motion tabled to grill the prime minister, Health Minister Sheikh Dr. Basel Al-Sabah has also been threatened with a grilling for his “confusing” decisions that failed to curb the spread of coronavirus infections in Kuwait.

Before filing an interpellation motion, parliamentarians should recognize that their duty as lawmakers is to the entire country, not just to their parochial voter base or to further their political or ideological leanings. They should ask themselves, does the grilling benefit the country and its people, or is it meant to score brownie points with their voters, or pursue their own personal or political interests.

For its part, the government is also not blameless in this seemingly never-ending saga of acrimonious relations between the executive and legislative, and as a result to the continuing paralysis of parliament in recent years, which have prevented lawmakers from fulfilling their duties effectively and thereby failing in their obligations to the people of Kuwait.

In the past, the executive branch has often wielded the power vested in it by the constitution, or resorted to exploiting available parliamentary rules and tools, to circumvent potential no-confidence votes following grilling motions in the National Assembly. When confronted by a no-confidence vote, the government has either shifted the grilled minister from his post and formed a new cabinet; or the cabinet has resigned and recommended dissolution of the duly elected parliament to His Highness the Amir, who then calls for fresh elections.

Rinsing and repeating this ‘resignation-dissolution-election’ process has stonewalled attempts by opposition lawmakers to have any meaningful oversight on the executive, or to introduce legislation on political issues or on election rules that are opposed by the government. Some political analysts believe that it is this frustration with the government’s tactics that prompt lawmakers to repeatedly issue or threaten grilling motions against members of the executive branch.

However, lawmakers who resort to grilling motions in an attempt to express their exasperation at attempts to limit their legislative powers, need to stop and do a rethink. While they may consider grilling as their legislative right that is enshrined in the constitution, they also need to contemplate whether repeatedly distorting such parliamentary mechanisms is in the interests of the wider democratic path that Kuwait has chosen to follow, and to the future of the country.

Meanwhile, even as parliament remains embroiled in its grilling motions and counter measures by the government, Kuwait’s economy continues to deteriorate. The rise in oil prices in recent weeks may have given the country’s finances a short breath of life, but it is by no means a solution to Kuwait’s sustained ailing economy.

Underlining the country’s precarious financial situation, the Minister of Finance and Minister of State for Economic Affairs and Investment Khalifa Hamadeh was recently quoted in a statement as saying that the current increase in oil revenues does not cover the budget obligations.

In a reference to the debt law that has repeatedly been thwarted by parliamentary objections, the finance minister said that the government remained  committed to pushing forward draft laws that aim to provide liquidity to the General Reserve Fund (GRF), which serves as the state treasury.

Nevertheless, Minister Hamadah clarified that the debt law and other solutions, — such as the one suggested by the government to begin dipping into the country’s larger Future Generations Fund — are only temporary measures designed to ease the liquidity crunch and were not in lieu of serious economic and financial reforms that the country urgently needs. Noting that temporary steps to improve liquidity in the GRF would at best enable the government to meet its immediate obligations of paying public sector salaries and subsidies, he pointed out that these two expenses on their own account for more than 71 percent of the total expenditure in the budget of the fiscal year 2021-22.

Revealing that the break-even oil price in the 2021-22 budget is US$90 per barrel, the finance minister said, “Total oil revenues at the end of the upcoming fiscal year should reflect the rate of $90 per barrel of crude oil for every day in the next fiscal year before the budget deficit becomes zero.” He added that “the rise in oil prices in the past two weeks will not cover the state’s obligations, even if it continues at its current level throughout the fiscal year that begins on the first of next April.”

Stressing the need for radical economic and financial reforms that contribute to reducing expenditures and increasing non-oil revenues, Minister Hamadeh expressed his confidence that the National Assembly members would cooperate to help overcome obstacles and support the coming reforms. He added, “We will spare no effort in strengthening this cooperation and extending bridges through building a real and effective partnership between the executive and legislative authorities and by concerting and integrating efforts to reach the desired goal.”

While we laud the finance minister’s confidence of cooperation with lawmakers, and his determination to build “effective partnership between the executive and legislative authorities”, we still keep our fingers crossed on what could transpire when parliament reconvenes on 18 March.