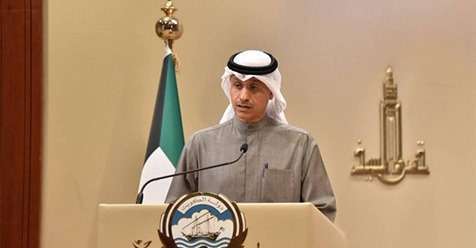 The official spokesman for the government Tariq Al-Mezrem said the cabinet was very carefully considering all views before imposing a complete curfew in the country. He said that the health authorities were working closely with the ministry of interior before taking the decision because they were aware of the repercussions of such a major decision.

Whether a complete curfew or area wise curfew, the decision will have a substantial impact and all options are being studied before their implementation. Kuwait is trying very hard to contain the spread of coronavirus in the country but last week saw a number of new cases which have put authorities in a dilemma on how to tackle its spread.

Kuwait was among the first countries in the region to take stringent measures such as closing down the airport, government offices, public  spaces, malls, entertainment halls, schools and all types of  parks and beaches.

So far the number of coronavirus infected cases were identified from abroad but during the last three days there has been a spike in locally transmitted cases which has alarmed the authorities as the country has more than 3.5 million expats and a large number of them living in densely populated areas which makes the spread easily transmittable.

The government has spared no effort in ensuring that residents and expats are safe and the health ministry directives are being strictly followed.

Kuwait is the only country in the Gulf region that has not recorded any deaths due to coronavirus, having recorded 317 cases so far out of which 80 have recovered and 237 are still under treatment and 14 in critical condition. Almost 2466 have been quarantined and the government is planning  to set up more centres and buildings to quarantine suspected cases.

Lifting Of Total Curfew from Sunday Morning - Residents Can Move Within The Lockdown Area Lifting of the total curfew will begin from Sunday morning 6:00 am, and it is not allowed to walk around and leave on Saturday night. The residents inside the areas under lock-down are allowed to g... May 30, 2020 0 27279 Category: Lockdown 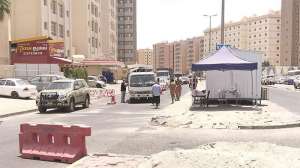 Attempts Made By Workers On Daily Basis To Escape Mahboula The Ministry of Interior allowed those with valid permits from the people of this area to enter and and exit their work specially for the workers of Ministry of Health, security institutions, food com... June 02, 2020 1 6084 Category: Lockdown

Expats Standard Abroad Grace Period Of 1 Yr Instead Of 6 Months, 3 Months Extension For All Expiring Visas Expatriates with valid residency visas, who are stranded outside Kuwait due to halt to all flights to and from Kuwait airport have been granted a reprieve with the validity of their residency visas be... May 31, 2020 1 5709 Category: Kuwait

2,478 Expats Departed From Kuwait On 13 Flights Kuwait International Airport witnessed the departure of 2,478 expats of Gulf, Arab and Asian nationalities to their country on 13 flights. Most of the passengers were visitors from Gulf countries a... June 01, 2020 0 5664 Category: Kuwait

45 Shops Penalized For Breaking Law The Kuwaiti Ministry of Commerce and Industry said Monday that its inspection teams had filed reports against 45 multiple shops and shut down another shop in May for breaking law and guidelines put in... June 01, 2020 0 5111 Category: Coronavirus

Citizens From Mahboula Cry For Help, Marginal Laborers Threatens Security And Health Citizens living in Mahboula demanded that they be evacuated just like the Kuwaiti citizens who were evacuated from abroad to quarantine facilities, resorts and hotels in order to safeguard the healt... June 02, 2020 1 5055 Category: Lockdown 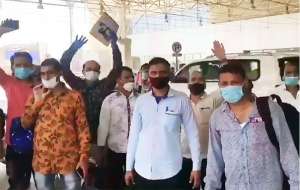 Large Number Of Indian Expat Names Not Included In The Departure Flight List A large group of Indian community gathered in front of the Kuwait International Airport building some sat outside the parking lot. Indian embassy had informed those who wish to leave the country and ... June 01, 2020 0 4566 Category: Kuwait 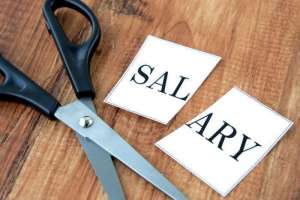 Temporary Law Permitting ‘Salary Cuts’ In Kuwait Private Sector The government has revised its plan to amend the Labor Law in the Private Sector No. 6/2010 to allow companies whose business activities have been affected by Corona virus crisis to agree with workers... June 01, 2020 1 4012 Category: Lockdown 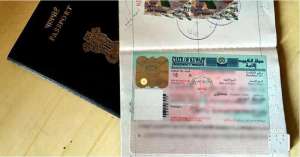 New Law Increases Daily Fine For Residency Violation To KD 20 In the past few weeks, the regulations in the expatriate residency law have undergone a fundamental review, covering most of its articles, with the aim of putting an end to the phenomenon of visa trad... June 03, 2020 0 3879 Category: Kuwait 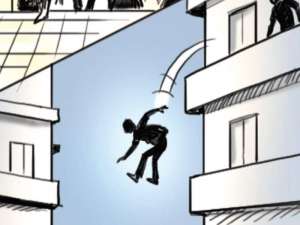