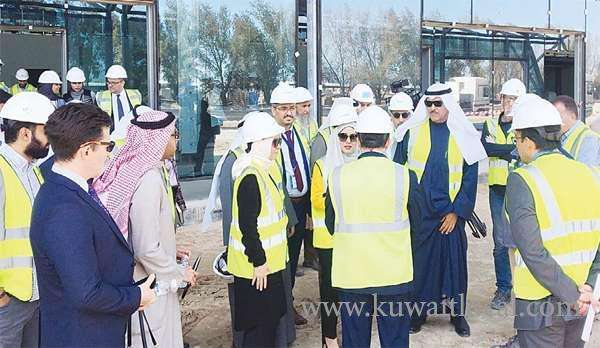 Some external training courses, which some ministries and government institutions prefer is more of a compliment for employees to spending a few days in foreign capitals, reports Al-Rai daily.

A report by the State Audit Bureau (SAB) revealed a number of government agencies and departments have violated the regulations governing the foreign training courses, stressing many of these courses could have been replaced by internal theoretical courses.

The report, a copy of which has been obtained by the daily refers to a number of cases, for example, courses of a theoretical nature, which the Civil Service Commission in a previous circular No. (9/2016) had stressed that external training courses should be of the technical and professional nature, not theoretical. The cost of a contract for overseas training course in Taiwan between Oct 31 and Nov 4, 2016 under the title (Great Navigation — Workshop) of the National Academy of Civil Service of the Republic of China was an equivalent of about 25,000 dinars.

The report also addressed a number of courses in which staff members other than those who were eligible to attend the courses were persons in the following positions. An administrative development researcher, a senior assistant management coordinator, and a junior graduate student were offered courses as part administrative development to a group of participants in an overseas training course to Taiwan between December 19 and 23 2016, although the course is reserved for an assistant undersecretary or director. Sending a program presenter for an external training course in the Kingdom of Bahrain to edit and read news broadcasts between November 20 and 30, 2016, was a clear violation since the course was for those who had not worked for more than 5 years, while the staff member had experience of up to 10 years.

There have been several other discrepancies which are mentioned in the report. The detailed report on one of the government agencies, which plays a large regulatory role, contravenes Article 2 (j), which stipulates that all ministries, government departments and independent budget bodies shall observe the controls of sending persons for the external training courses and programs as per the Civil Service Bureau in accordance with the controls mentioned in the circulars