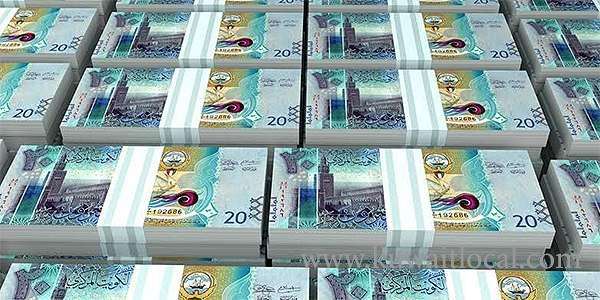 The local banks have received official hints that some government agencies may deposit their money in the banking system soon; saying the most prominent among them is the Kuwait Petroleum Corporation (KPC), official sources told Al-Rai daily. The same sources said this step comes in the context of efforts exerted by many of the major government agencies to finance their programs and capital projects.

It showed that the brief message addressed to the bank officials talks about the possibility of moving some of the government deposits and that the banks should prepare for this within a strategy for next year. Related sources pointed out that the oil sector has already stopped in the recent period to renew its deposits in local banks, especially shortterm, which are between one night and a week, usually derived from the proceeds of daily sales, while the deposits of the Public Authority for Investment are stable over the same period.

On the other hand, the KPC has asked the Council of Ministers to allow it to obtain a revolving loan with the local banks with a value of between one billion and two billion dinars, allowing it to withdraw the loan amount and repay it, and then withdraw it in any way and as much as it wants until the end of the term of the agreement. The target loan will be obtained as soon as the government approves. The technical study on the borrowing by the KPC include obtaining a revolving loan in dinars and the dollar as a means of financing the deficit in its working capital and its subsidiaries, but linked it to the when needed. After the request of the Council of Ministers, the need has already been called. Finally, the Corporation reviewed with the Economic Committee of the Council of Ministers its policy to secure the target funding of 30 billion dinars to meet its investment needs.

It indicated that its plan in this regard is based on a set of resources, most notably leveraging of local and foreign commercial banks. The Foundation informed the Economic Committee that its future funding needs are consistent with the strategic directions to take Kuwait’s crude oil production to 4.75 million barrels per day by 2040, up from about 3 million currently, noting that it plans to develop and explore more than 2,000 oil wells to reach the mentioned figure