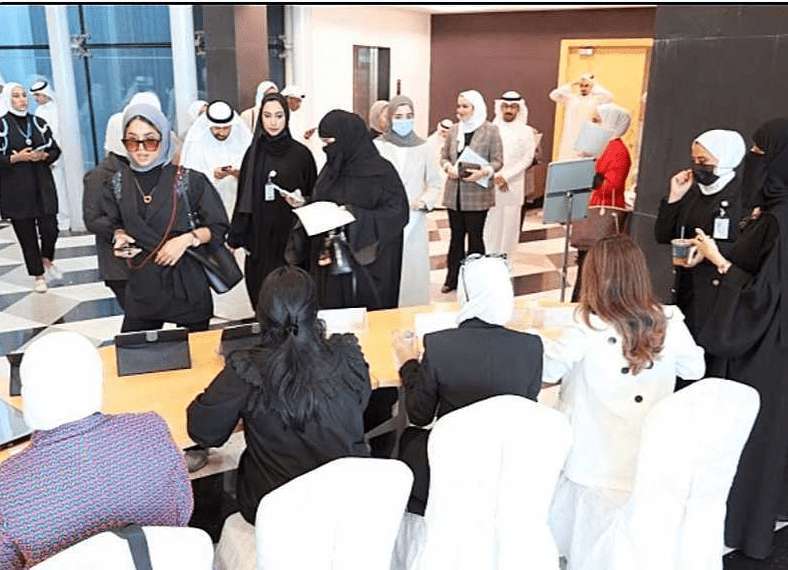 The government plans to increase the rate of appointment of Kuwaitis in all its contracts and the Ministry of Public Works has taken this initiative by putting in place a plan for the appointment of national workers in its affiliated projects, whether new or existing and is awaiting the approval of the Minister of Public Works, Dr. Rana Al-Faris.

This is linked to the Kuwaitization plan to adjust the demographic structure. Senior government officials told Al-Qabas the government approach is to provide jobs for Kuwaitis in the state’s infrastructure projects, in addition to administrative jobs.

Deputy Director-General of the National Labor Sector at the Public Authority for Manpower, Abdullah Al-Mutatah revealed work is currently underway to create opportunities equal to those in the government sector in addition to making privileges available to them, in addition to ensuring job security.

Al-Mutatah stressed on the keenness to implement equality between workers in the public and private sectors, in addition to the availability of various partnerships with different sectors in the private sector to provide suitable job opportunities for national workers.

He explained decisions are expected to be issued and followed-up on their implementation regarding equality between workers in the private sector with the government sector. The government contracts job opportunities will target university graduates, diploma holders, high school diplomas, experienced people and recent graduates, as the first employment event in the field of contracting aims to provide 116 opportunities for citizens.

Al-Omar pointed to the completion of a special regulation in the ministry, pending approval by Dr. Al-Faris, regarding the appointment of Kuwaitis in government contracts, noting that work is underway to obtain approval for the regulation to be contractually included in the ministry’s contracts.

On ensuring job stability for national workers, she indicated that national labor will be transferred from one contract to another after the end of the first with the same specifications, in order to ensure stability for workers, adding that the regulation includes 53 articles related to appointing citizens to jobs within government contracts affiliated to MPW.

She stated the MPW currently owns 111 new projects and 78 existing that can absorb many Kuwaitis and said the step of appointing Kuwaitis in these contracts will relieve the burden on the Civil Service Commission in light of the increasing number of graduates.