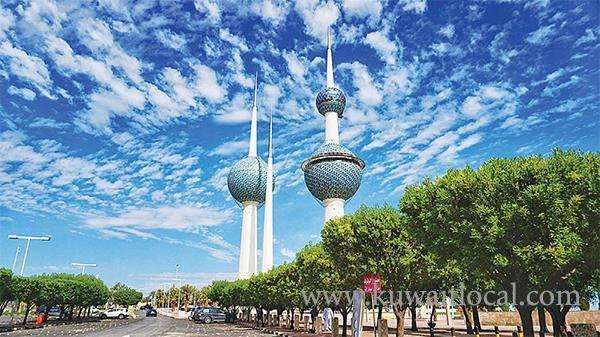 A government economic report warns of a major gap that could hinder the achievements and aspirations towards the Kuwait Vision 2035 because the growth rates in some sectors which are linked to the vision are not at the required level, while sectors that are not directly related to the development vision have grown at very high rates, reports Annahar daily.

The report showed the growth rate of financial intermediation (financial position) in the first quarter of 2019 amounted to 5.1% at current prices and 3.9% at constant prices. In the case of transport and storage sector (commercial center) the growth was 0.1% at current prices and -2.8% at constant prices, while the report stressed at the same time that the low growth rates of the malls call for special attention.

The report noted that the Telecommunications Sector achieved a negative growth rate of current and constant prices of 27% and 23.7% respectively, and the same trend was seen between the fourth quarter of 2017 and 2018 and 13.5% at current prices and 17.4% according to the statistics of the Central Administration of Statistics.

The report also stressed that this is worth pursuing. For example, the highest rate of growth in current prices is 13.2% for Restaurants and Hotels, 12% for other services, and Agriculture and Fishing 11.5%, then Personal Services 10.5%.

Does the state distribute its wealth by compulsory employment, or does it come as part of social responsibility is a baffling question that touches the very core of the issue, reports Al-Qabas daily.

Another question that hovers over our heads is the annual accumulation of employees in various state sectors which is equivalent to 20 thousand jobs based on study or is it part of the rights of the citizens even if the job is not at the minimum ambition?

The state has been paying salaries to nearly 390,000 employees in more than 60 government agencies, and statistics of the World Bank and the International Monetary Fund show between 50% and 60% work is a form disguised unemployment; that is to say they receive a job title and salaries without actually working and producing anything.

According to these statistics, half of the state’s salaries and financial rewards or a bonus to employees which is about 8 billion dinars is a ‘waste’ because the beneficiaries do not actually work in their respective ministries.

The sensitivity of the subject and its unpopularity has shied away many senior officials.

They evade answering this question: Does the government need such large number of employees?

However, a former government official, who claimed anonymity, said: “Ministries and state agencies are able to work with half of the current administrative staff, excluding teachers, doctors and nursing staff.”