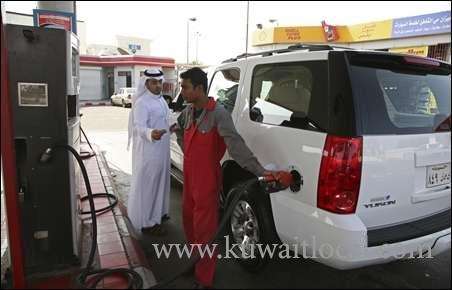 The decision to increase the fuel price could be frozen until end of 2016, reports Al-Rai daily quoting informed sources. They explained that a questionnaire was released to obtain the opinions of citizens. Since most of them opposed the decision, freezing the move to increase the fuel prices this September is being considered. Even though the government is convinced about the need to increase the fuel prices, especially since such a decision is approved by economic experts and the World Bank, it will inform the MPs in the next joint meeting about its intention to postpone the implementation of its decision. The sources added that the suggestions presented by the MPs are not in favor of the decision or its objectives.

However, governmental sources stressed that the Cabinet’s decision to increase the fuel prices will be enforced by first week of September, insisting that this decision was taken after indepth studies, taking into consideration the interests of the citizens and ensuring they are not harmed as well as the need to curb the squandering of state budget and reduce subsidies.

They said the government and the Parliament will continue discussing ways to offer subsidy to citizens, adding that they hope a suitable solution will eventually result from the joint meetings of the Parliament and government, especially since the MPs are insisting on the need to offer subsidy to citizens. The recently-approved restructuring of fuel prices by the State of Kuwait will be helpful for implementing the State tight-belt policy and lowering spending, according to the internationally renowned Moody’s Corporation.

These fuel price reforms are credit positive for the sovereign because they will lower current expenditures and bolster government finances dented by the downturn in global oil prices, while reducing wasteful over consumption. The Cabinet (of the State of Kuwait) approved a series of fuel related subsidy reforms, including an 83% increase in higher quality ultra-premium petrol prices and a 42% increase in lower quality octane-91 petrol prices, which will go into effect on Sept 1. Kuwait, also according to Moody’s report, has been slower than regional peers in developing its non-oil and private sectors and is particularly vulnerable to oil price declines because oil and gas-related revenues have historically accounted for around 80% of government revenues, although this decreased to 70% in 2015 because of the sharp drop in oil prices.

Although fiscal gains this year from subsidy reform are likely to be moderate, it is forecast that gains to accelerate should oil prices increase because the government will review prices every three months to ensure that they move in tandem with global rates. Kuwait budgeted about 7.8 billion, or 6.4% of GDP, to cover the cost of all subsidies in 2015, according to the International Monetary Fund (IMF). On top of this direct cost, the IMF estimates that the opportunity cost from low energy prices in Kuwait was 7.4% of GDP in 2015.