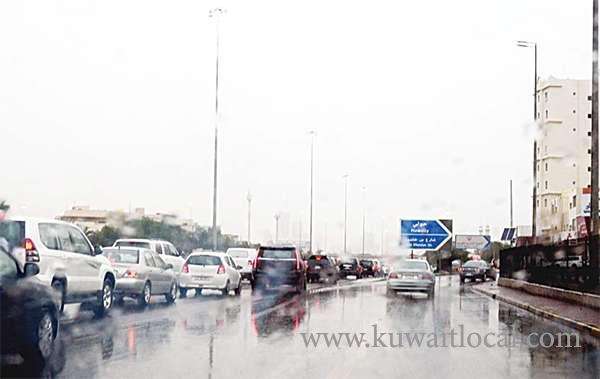 Minister of Public Works and Minister of State for Housing Affairs Jenan Al-Bushehri discussed today with senior officials of the Ministry of Public Works and Public Authority for Housing Welfare the mechanism to respond to the Central Agency for Public Tenders the companies involved in the so-called issue of the rain crisis, reports Al-Rai daily.

Informed sources told the daily the meeting discussed the details of the minister’s response to the Central Agency for Public Tenders, which had asked her to provide the names of the companies that were involved in road projects.

She pointed out the four companies have filed a grievance report before the Authority, the Ministry of Works and the Public Authority for Housing Welfare to lift the suspension slapped on them and have submitted reports showing they have carried out necessary works – the reports that have been approved by the concerned sectors of the Ministry of Public Works stating that they have already rectified the faults.

The sources pointed out that there was no option for the minister, but to provide the Central Agency for Tenders with the names of companies that have dealt with the damage, based on the official letters issued by technical department of the Ministry, warning that “any procrastination by the Minister in this regard will raise big question marks”.

Meanwhile, the Minister of Public Works has announced that the Public Authority for Roads Transport has completed the work of building trenches to collect the rain water in the residential city of Sabah Al-Ahmad.