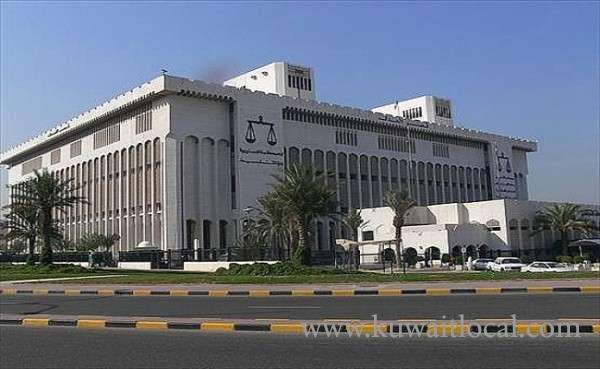 Public Prosecution has referred four Twitter users to the Criminal Court for offending Saudi Arabia and violating the law via posts on their Twitter accounts, reports Al-Qabas daily quoting an informed source. He explained that the last suspect referred to the Public Prosecution is former MP Nasser Al-Duwaila. One of the suspects was released on bail but since he was unable to pay the bail bond, he was referred to the Central Prison, especially since he was involved in other financial cases. The source stressed that freedom of expression is guaranteed to all, but offending friendly countries is not included in this freedom.

Comp to man: The Civil Commercial Section at the First Instance Court has obliged an airline to pay KD 650 to a citizen as compensation for the six hours delay in his flight at Cairo Airport, reports Annahar daily.

Detention extended: The Detention Renewal Judge at the First Instance Court ordered extending the detention of 12 persons involved in the Interior Ministry hospitality case. The accused include officers and officials in the ministry and some hotel owners. The next hearing has been scheduled for Nov 21, 2018. Meanwhile, the Appeals Court, headed by Judge Nasser Salem Al-Heid, canceled the ruling of the Criminal Court in the Ministry of Health’s embezzlement case. The accused include a former undersecretary and his son, director of a company and an official at the Office of the Minister. The court imposed fine of KD 3,000 on each of the accused. Earlier, the Criminal Court found the former undersecretary and his son, an officer and the director of a company guilty of stealing public money. The court also instructed one of the accused to pay KD 72,000 to a company and dismissal from his job. Another accused was asked to return KD144,000 to the ministry and a company which provides services. On the other hand, the court sentenced to three years in jail a man who impersonated police officer, transferred ownership of a Kuwaiti woman’s vehicle to his name and sold the vehicle for KD 10,000.