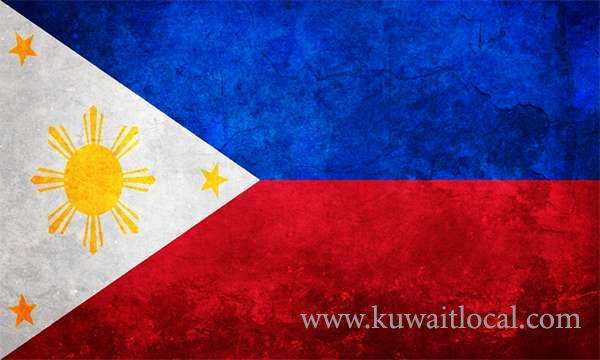 Deputy Prime Minister and Minister of Foreign Affairs Sheikh Sabah Al-Khaled has affirmed that the ministry implements foreign policies of the country to serve its supreme interest and in accordance with directives in this regard, reports Al-Qabas daily.

Based on the aforementioned, the ministry takes diplomatic and legal measures on issues deemed offensive to the country. This is in response to the question of MP Muhammad Hayef regarding the Philippines workers crisis, through which the minister presented details of the crisis in stages.

In his response, Sheikh Al-Khaled included dates and statements issued by Filipino officials and the responses of Kuwait’s Foreign Affairs Ministry which ended with the President of the Philippines apologizing to Kuwait for the statements he made which sparked and fueled the crisis.

Sheikh Al-Khaled indicated the apology was crowned with lifting of the ban on recruitment of workers from the Philippines, culminating in the signing of a labor protocol between Kuwait and the Philippines.

Talking about the protocol, he disclosed Kuwait’s Ministry of Foreign Affairs, in cooperation with the concerned bodies in the country and their counterparts in the Republic of the Philippines, prepared a draft labor agreement between the two countries.

A delegation from the Kuwaiti government led by Assistant Undersecretary for Legal Affairs visited the Philippines to negotiate on the draft agreement for recruiting domestic workers.

The first version of the agreement was signed on March 16, 2018 in the Philippines’ capital — Manila. It entailed the establishment of a joint committee led by senior officials from both sides to follow up implementation of the agreement, review it, present recommendations to overcome challenges related to work conditions and health, and declare the process of implementation and its duration.

On March 20, 2018, Kuwait’s Ambassador to the Philippines met with the Philippine’s Labor and Employment minister, during which the minister assured that the Philippine government is ready to sign the draft agreement in Kuwait in the first week of April 2018.

The minister also tackled the ‘freezer murder’ case — the murder of a Filipina who was found dead inside the freezer and the murderers were a couple from Lebanon and Syria who were later arrested. Officials in the Philippines insisted that the trial of the couple should take place in Kuwait where the crime occurred.

The minister provided details such as the number of Filipino diplomatic and non-diplomatic employees, vehicles allocated with diplomatic number plates and those for personal use, and number of diplomatic headquarters allotted for diplomats from the Philippines.