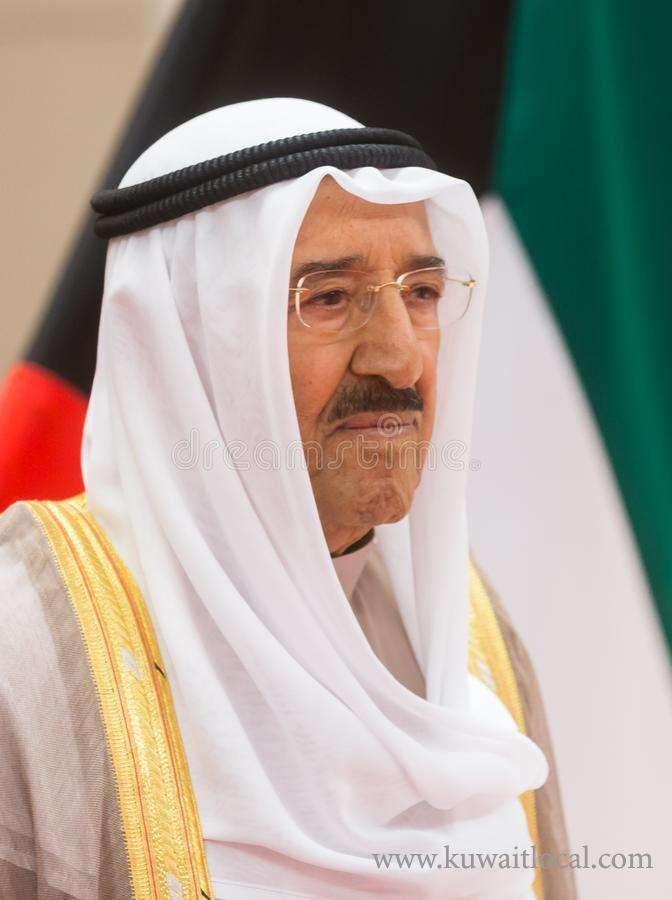 SEVEN agreements on big projects and opening of doors for easy and expansive ties through cooperation between Kuwait and China are the outputs of His Highness the Amir Sheikh Sabah Al-Ahmad Al-Jaber Al-Sabah’s visit to Beijing. In fact, this visit is a realistic expression of Kuwaiti diplomatic strength since the country gained independence, with a lesson on building real partnership among nations regardless of differences in landmass, population, and economic and political systems.

For Kuwait to be a significant station in the ‘Belt and Road Initiative’, known in the media as ‘Silk Road’, while relying on the open seas policy with this powerful country, it should consolidate its regional role such that it becomes the economic window for Arabian Gulf banks. The Silk City and Kuwaiti islands will then become a subject of Chinese investment.

This absolutely means strengthening the economic and political weight of Kuwait derived from the administrative sagacity with which the country sailed through previous crises without incurring losses. It even consolidated its strong presence and role in the region and international community.

China represents a massive economic power in the world to an extent that the United States and other powerful nations have been relying on it in various industries. For this, the existence of such a partnership between Kuwait and China is an indication that our country boosts the confidential tie with the big economic source while consolidating its presence in the global terrain as a player which wins the trust of big players. It is a compass through which the direction of future wind in the region is measured.

After this visit and its massive results, it is now compulsory to start the Kuwaiti workshop for proper preparation to execute the agreements. China has formed the grand base of industry in the world with accomplishment of advanced infrastructure within a few years. It relies on local industries and national manpower in building the means of transportation which includes gigantic bridges and highways, integrated cities and production facilities. Without a doubt, it does not need much preparation to start whatever is related to the agreements, so the ball is now in the court of the Kuwaiti economic administration.

We said in the past that bureaucracy and suffering from series of inadequacies require major restructuring, in addition to the need to break overlapping of responsibilities in ministries. We should change the administrative mindset by rendering account for productivity at work. This is about attendance at work which has become the problem of most employees; thus, the agreements will be lost like many others when they reach the corridors of our ministries.

Everyone realizes that the development of islands and ‘Madinat al-Hareer’ (Silk City) need a huge budget to ensure proper planning and implementation.

First Deputy Premier and Minister of Defense Sheikh Nasser Sabah Al-Ahmad has been doing this since he became the State Minister for Amiri Diwan Affairs.

He instilled hope in the hearts of citizens through this paradigm shift, which will bring them out of the isolation bottle where those engaged in irresponsible practices in various State institutions strived to confine them.

Today, there is a need to work according to the formula of major countries — to establish an administration agency in charge of supervising major projects, especially after the failure of our ministries to execute regular projects such as the expansion of roads and so forth. This failure has reached a point of complicating something easy for egotistical motives or to carry out directives from influential elements.

This is what pushed the Amiri Diwan to take up series of successful major projects which were implemented within a certain period without any delay, whereas the university complex in Al-Shadadiya has been under construction for more than two decades and there is no sign of its completion in the horizon. This necessitates finding a mechanism for implementing agreements which the Amir is keen on completing.

If this is not the way projects are handled in advanced and major countries; perhaps it is better for the Amiri Diwan to take up the role of supervising projects directly. This is due to the fact that we are tired of the unjustified slackness of our ministers and the desire for electoral extortion which dominates the demeanor of our ministers and MPs.

The fruits that HH the Amir has reaped should be reciprocated with diligence of the State administration agency in terms of executing projects. The agency must dust laziness from itself and engage in work rather than just issuing statements.