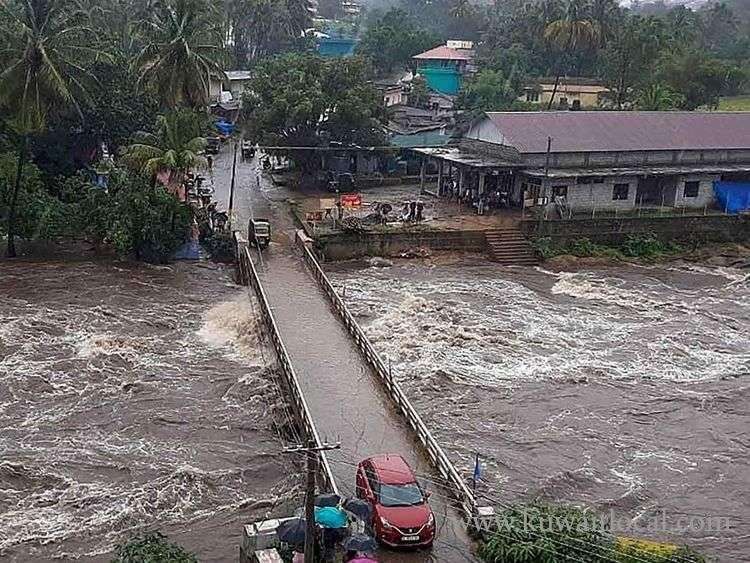 23 people have so far been killed following heavy rains and landslides in different parts of Kerala. Train, road and air travel in the state have been affected with one of the major airports in the state, Cochin International Airport, shutting down operations on Thursday. Read alert has been declared in 9 district and heavy rains are predicted for next 24 hours.

CM holds meeting, says no need to panic
Even as most parts of Kerala have been affected by heavy rains in the past few days, Chief Minister Pinarayi Vijayan on Friday assured the people that there is no need to panic at all.

Speaking to the media here soon after chairing a review meeting, Vijayan said things are under control.

"If one compares with the floods that took place the same time last year, this time it's not that serious. As a government, we have taken every precaution and there need be no panic, but just be alert. The need of the hour is people should cooperate with the authorities, if they are asked to move out from places which are likely to turn dangerous, they must comply," said Vijayan.

So far 23 deaths have been reported from various parts of Kerala due to rains and floods.

"The worst affected is Wayanad. Of the 22,165 people in 315 relief camps in the state, Wayanad has 9,563 people in 105 relief camps, the highest in the state. At Mepadi, an entire hill has been washed away. The inclement weather is preventing aerial operations, even as the Air Force team is ready and waiting to reach there. The Centre has pledged all possible help," added Vijayan.

More rains innext 24 hours
"The meteorological department has predicted more rains in the next 24 hours, especially in the hilly areas of the state. Also, North Kerala is going to be affected by winds. The prediction is that from tomorrow the intensity of the rains is going to come down, but on August 15th, it's going to rain heavily," Vijayan added.

On the presence of the forces which are engaged in relief and rescue operations, he said there are 13 teams of the National Disaster Response Force (NDRF), three teams, each of the engineering task force and the Army.

"Two more columns of the Army are arriving. With the Cochin airport closed till Sunday, efforts are on to see if the Cochin Naval Base airport can be opened (it was open during last year's floods). The Centre is always in touch with us," said Vijayan.

He also said that the 67th edition of the Nehru Boat race to be held on Saturday at Alappuzha has been postponed.

Death toll goes up to 23
Thiruvananthapuram: Incessant rain in Kerala have claimed 23 lives in the past two days.  Morethan 50 people are reported missing after a mssive landslide in Meppadi, Wayanad.

Red Alert has been declred in 9 districts.

Heavy downpour is expected today in at least four districts, Idukki, Malappuram, Kozhikode and Wayanad. Over 22,000 people have been shifted to some 315 relief camps across the state, officials said.

Till late on Thursday the toll was eight, but a fresh count took the numbers to 23 on Friday. The worst affected districts include Malappuram, Kozhikode, Kannur, Wayanad, Kasargode and Idukki and the deaths have also been reported from these areas.

There has been 260 mm of rain in Wayanad -- the parliamentary constituency of former Congress President Rahul Gandhi. A huge landslide has marooned around 2,000 people in Meppadi in the district.

A temple, mosque and estate workers quarters have collapsed in the area. It's from this area that four bodies have been recovered from under the debris.

With the area still cut off, Gandhi has urged for help from the Centre. Authorities are trying their best to get the Air Force to begin rescue operations.

All schools, colleges and other educational institutions were shut in all the 14 districts on Friday keeping in mind the devastating rain and flood that had hit the state in a century last year.

A dozen teams of the National Disaster Response Force (NDRF) are already at the job.

The situation worsened as the pace of the rising level of water is causing serious concern in parts of Pathanamthitta and Thrissur with most of the rivers there in spate.

Around 500 of those marooned in Meppadi have been moved to relief camps, a medical professional of the state government who is giving the required medical attention told the media that even though there are no serious ailments, all of them are in a state of mental shock.

"We have assured all people, that they do not have to worry , as the state government will take care of their needs," State Education Minister C. Raveendranath said.

The railways have cancelled 12 trains and many had to be diverted. Road traffic has also been thrown out of gear with many stretches vanishing under water.

The airport was initially closed at 9pm (India time) until midnight in view of a flood alert. In its latest update, the airport has announced that the operations will remain suspended until 3pm on Sunday, August 11. 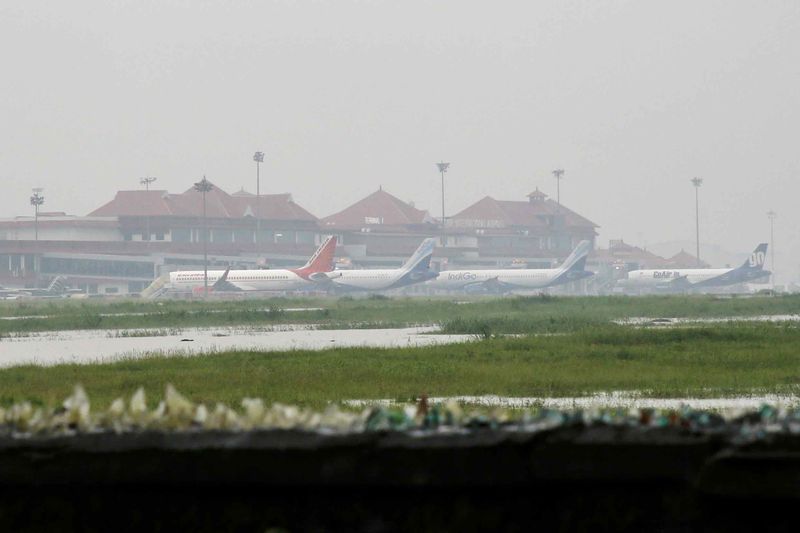 Vijayan in a Facebook post stated that he had sought the army's help and an additional 13 more units of the NDRF (National Disaster Response Force).

Gandhi told the media in Delhi he had been asked by the Wayanad District Collector to postpone his trip to the constituency as it would affect the relief work. "I am going to speak to Prime Minister Narendra Modi to see maximum help is extended to Wayanad," said Gandhi.

Meanwhile, the Indian Meteorological Department (IMD) has predicted heavy rains in the state till August 14. Red alerts have been issued in Idukki, Malappuram, Wayanad and Kozhikode districts.

Fishermen have been asked not to venture out because winds were blowing at 40-50 km per hour.