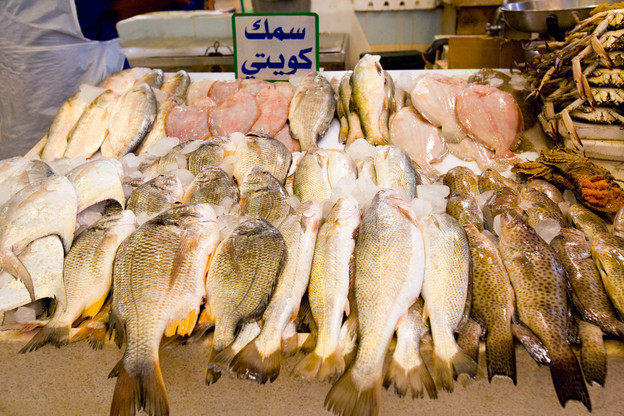 There is a shortage in fish in Kuwait; a country where seafood is most popular, or consumers are increasingly avoiding eating seafood because the price is too high, according to an official. Deputy Chairman of the Board of Kuwait Fishermen Union Jalal Al-Shemmari described the fish market as very “hot” in an indication to high prices, and denied that the decision to ban fishing by cages (qarqoor) is the reason.

Shemmari said the decision was ‘random’ and made without a study, nor was the opinion of people in the field taken before it was issued.

He said agriculture and environment authorities enjoy our support in the field of protecting the environment, but what did they present in solutions to provide food security from fish and guarantee moderate prices for the consumer?

Shemmari said the reduction in the percentage of local fish in the market to 45 percent only is due to several reasons including that the area in which nearly 1,000 boats are operating is not enough for them, in addition to banning fishing off some islands, military and oil areas, and limiting fishing to an area that is only three miles offshore.

He said PAAAFR implements the laws on licensed fishermen and ignores more than 26,500 boats, 20 percent of which use illegal equipment for fishing. He demanded that meetings should be held to find solutions and revitalize the market by providing fish at reasonable prices.