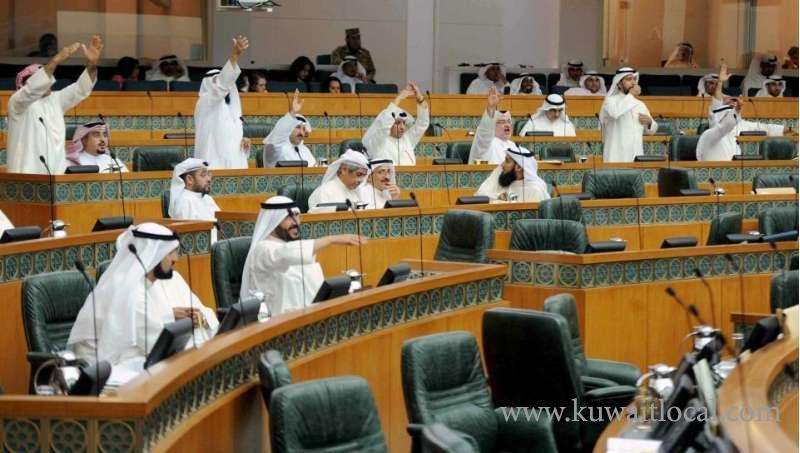 He went on to say that the committee also talked about the proposed bonuses for military personnel, indicating they asked the government to present its opinion on this subject before February. He disclosed the committee will invite the concerned minister to a meeting soon to tackle the proposed amendment of the law on Kuwait Chamber of Commerce and Industry (KCCI) in preparation for voting at the beginning of next month.

Moreover, MPs Jaman Al- Harbash and Waleed Al-Tabtabaei have forwarded a letter to National Assembly Speaker Marzouq Al-Ghanim asking him to oblige the executive authority to allow them to attend the session slated for deliberation on the grilling motion against Minister of Social Affairs and Labor and State Minister for Economic Affairs Hind Al-Sabeeh. The lawmakers said they need to shoulder their responsibilities in supporting or opposing the grilling, or signing the no-confidence motion or not, after hearing the responses of the minister. In another development, MP Mohammed Hayef Al-Mutairi has presented questions to Minister of Awqaf and Islamic Affairs Mohammed Nasser Al-Jabri on the recruitment of women in the military.

Hayef explained that Islam stipulates protection of human rights in general and women’s rights in particular, adding that the Islamic legislation granted women many rights to guarantee social order and stability. He asked the minister about the opinion of the Fatwa and Legislation Department on allowing Kuwaiti women (compulsory or voluntary) to join the Army; specifically requiring them to undergo field training, stay overnight in camps, assign them at the borders or islands, work in marine combat units for long or short periods, using trenches and dormitories as their accommodation where they mingle with male soldiers and officers, and exposing them to the possibility of becoming prisoners of war (POWs).