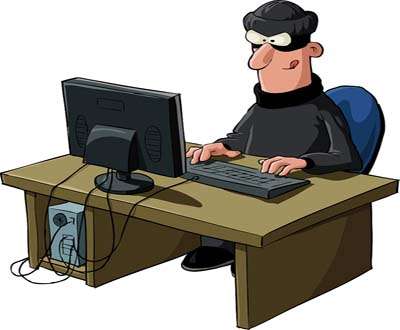 Posting a selfie with a prize ticket could prove costly as this Australian woman realised when a Facebook ‘friend’ made away with her $900 (Dh3,305) prize money she won at a horse race.

The woman named Chantelle had been at the Ascot racecourse in Perth to watch the Melbourne Cup and was thrilled to have won the cash after picking Prince of Penzance at odds of 101-1, news.com.au reported.

After the horse won, Chantelle took a celebratory Facebook selfie with the winning ticket and the caption “Winner winner chicken dinner”. What Chantelle did not realise was the bar code from the ticket could be used to claim the money by someone else.

For their $20 bet, Chantelle and her two mates won $825, but when they went to collect their prize just 15 minutes later, they were told someone had already collected it, using her photo featuring her winning ticket.“Someone had a pretty good game at filtering my picture and cutting out my bar code and putting it into an automated machine,” Chantelle was quoted as saying.

The culprit is likely one of her Facebook friends “To the low life who is obviously my friend on Facebook and used my photo to claim our winnings. You ruined my day,” a miffed Chantelle wrote on Facebook.

5 Year Residence For Expats And 10 Years For Expat Businessmen A new residency law will be introduced that underlines that an expat can acquire a residency visa for up to 5 years and for an expat businessman with a valid project, it is for 10 years. Among the ... August 12, 2020 2 6648 Category: Expats

After Days Of Waiting, First Flight Left To India From Kuwait Today After a long wait of more than three weeks, the flight to India resumed from Kuwait international airport today with the first flight carrying 322 Indians stranded here to Delhi. The flight, arrang... August 11, 2020 0 6062 Category: Kuwait

Allow Entry To Non-Kuwaitis From The 31 Banned Countries Who Are Related To A Kuwaiti The General Administration of Civil Aviation issued a circular to airlines operating at Kuwait International Airport allowing non-Kuwaiti passengers who have a relationship with a first-class Kuwaiti ... August 09, 2020 0 4585 Category: Travel

Steps To apply for Renewal of Kuwait Society Of Engineers (KSE) Membership And No Objection Certificate Online If you hold a engineer visa KSE membership is must and you have to renew it Every Year, Below we will explain the process about renewal KSE membership and applying NOC, this process is for who already... August 10, 2020 0 4481 Category: Kuwait Society of Engineers

Only educated expats over 60 will have their residence renewed Public Authority for Manpower (PAM) has announced that expats at the age of 60 and above, without a university degree will need to make preparations to leave the country by end of this year. They are ... August 11, 2020 2 2861 Category: Expats