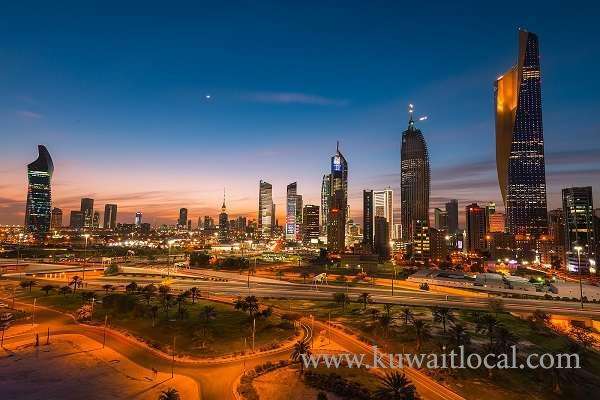 Kuwait has asserted itself as the key impartial mediator amid the six-week-old Qatar crisis with the GCC facing its most challenging rift after Saudi Arabia, the UAE, Bahrain and Egypt severed diplomatic relations and closed off their land, sea and airspace to Qatar, analysts said yesterday.

Analysts see a ray of hope for settlement of the crisis by the end of this month when a summit meeting is expected to be held for talks on confidence building measures and commitments to resolve the dispute once and for all. Dr. Abdullah Al Shayji, professor of Political Science and the former chairman of the Political Science Department, Kuwait University said Kuwait had mastered mediation diplomacy for more than four decades, and could bring about a common ground for talks on the crisis engulfing Qatar and the four Arab countries boycotting it.

Dr. Al Shayji voiced hope that Kuwait, backed by the United States, will succeed in holding a summit meeting of the five Arab countries for talks on confidence building measures and commitments to settle the crisis once and for all.

Dr. Al Shayji, however, thinks a compromise is needed because some of the demands submitted by the boycotting countries to Qatar are “not actionable or touching on sovereignty of Qatar”. “As the situation stalled with Doha not showing any sign of accepting the 13 demands that may have been reduced to six with Egypt’s foreign minister speaking of only six principles to defuse the crisis and an Emirati minister compromising on shutting down the Al Jazeera television station, the rift plunges the GCC into turmoil and the bloc faces its most serious crisis since inception,” Dr. Al Shayji warned.

As mediation efforts picked up steam, three of the GCC states and Egypt submitted a 13-point list of demands that called for lowering Qatar’s diplomatic relations with Iran, shutting down Turkey’s military base and snapping relations with all terrorist groups.

It also called for ending of funding to all kinds of terrorist or extremist individuals and organisations, handing over of terrorists, shutting down the Al Jazeera television station and its offshoots and closing all hostile media supported by Qatar.

Doha was also asked to desist from interfering in other countries’ internal affairs, stop granting citizenships to any of the four countries’ citizens, provide compensation for victims and losses to the four countries arising from Qatar’s policy over the last few years. Dr. Al Shayji said Kuwait has been leading a difficult mediation effort to end the stalemate, despite coming under heavy criticism for taking an impartial stance and despite pressures exercised to sway the country into picking the side of the countries boycotting Qatar.

The foreign ministers of France, UK and Germany, along with US Secretary of State Rex Tillerson shuttled the Gulf region in recent weeks in a bid to bring about an end to the Qatar row. Dr. Abdul Khaleq Abdullah, a leading political analyst, told Gulf News since Saudi Arabia, UAE and Bahrain broke off political and economic ties with Doha early last month, Kuwait has been committed to an honest and impartial mediation in the dispute, with Emir Sabah Al Ahmad Al Jaber Al Sabah quickly becoming a credible and trusted negotiator in the Qatar’s Gulf spat.

The Qatar fall out erupted few days after a successful GCC-United States summit in Riyadh in the presence of American President Donald Trump. In a formidable show of unity against terrorism and Iran, during a meeting called by Saudi King Salman Bin Abdul Aziz and in the presence of heads of 50 Muslim states, Trump lashed out at Iran. Trump’s backing continued when the GCC states took action against Qatar on June 5.

Dr. Abdullah stressed Kuwait – and no other country in the world – has the credibility, capability, willingness and expertise to defuse the simmering Gulf rift, although the time is not yet ripe for a settlement.

“I think the Qatar crisis will persist for a while,” Dr. Abdullah said, holding Doha responsible for failure to settle the conflict. Dr. Abdullah said other brokers – including the US, UK, Germany and France – have little or no chances to resolve the row. “Superpowers, especially America, are partial and inclined to favor one party more than the other, as they have strategic interests in the Gulf region,” Dr Abdullah said.

Dr. Abdullah said that all what the western mediators seek is “no more escalation in the simmering rift”. “Although the 3+1 Gulf countries and Egypt seem to have agreed to the western request not to escalate, they have been clear that isolation of Qatar will continue until Doha changes its policies supporting terrorists and terrorism,” Dr. Abdullah said.

Dr. Abdullah said that Doha has compromised by not crossing the Gulf red line of cosying up to Iran and the countries boycotting Qatar have committed to not escalating and to keep rift just simmering for the time being.

Anthony H. Cordesman, the Arleigh A. Burke Chair in Strategy at the Center for Strategic and International Studies (CSIS) in Washington, D.C., said certainly, the last thing the Arab states and the United States need is to see things get worse and Iran be given even more of an opening to Qatar and to do so while the Arab states in the Gulf Cooperation Council (GCC) largely ignore Iraq’s need for aid and recovery and effective counterbalances to Iran. “It will be equally damaging to reinforce the long-standing national divisions that already divide and undermine the GCC,” Cordesman warned.

Cordesman suggested the Arab Gulf leaders need to focus on the fact that extremism is a critical threat to all of their countries and regimes. “They need to come together in accepting that the best way to deal with Iran is to both create the strongest possible deterrent and degree of unity. The Arab states should offer Iran serious incentives to change its behavior and focus on development rather than confronting Iran with disunity and poorly organized military forces and demonizing all of its regime,” Cordesman said.