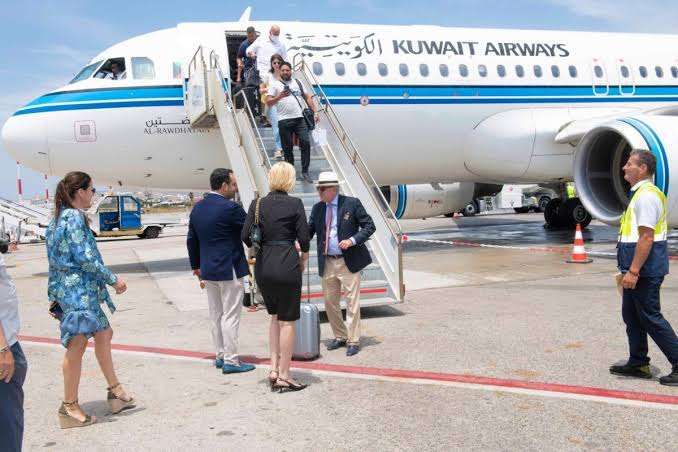 In a circular distributed to all airlines operating at Kuwait International Airport, the Directorate-General of Civil Aviation reminds them that they must adhere to the guidelines and not bring passengers into Kuwait in violation of standing rules and regulations, reports Al-Qabas daily. In other words, those coming for the purpose of residence and holding one of the visas listed below, unless they get the entry visa endorsed on their passports before traveling to Kuwait through the Kuwaiti Embassy or Consulate in their respective countries. According to the DGCA, some airlines were not following the instructions issued by Immigration at the Ministry of Interior recently.

According to the DGCA, people will not be allowed to enter Kuwait if an entry visa is not approved, and those who violate the instructions will be returned to the country of departure at the expense of the airline. People who enter with visas approved by embassies work in the government or public institutions, are employed in the private sector, practice a commercial or industrial activity, a profession or a craft, are domestic workers in the private sector, or study or join families.

People who do not possess a "passport/visa", whose passport/visa/residency is about to expire, whose visa is not certified by the embassy or consulate abroad, whose visa is not original, in addition to residents of Gulf countries whose validity of the "passport/residency" is less than six months or who have professions that are not permitted, are prohibited from entering and being returned at the expense of the airline. Circular No“46/2016” issued on Nov 11, 2016 and if they do not carry a police clearance certificate.