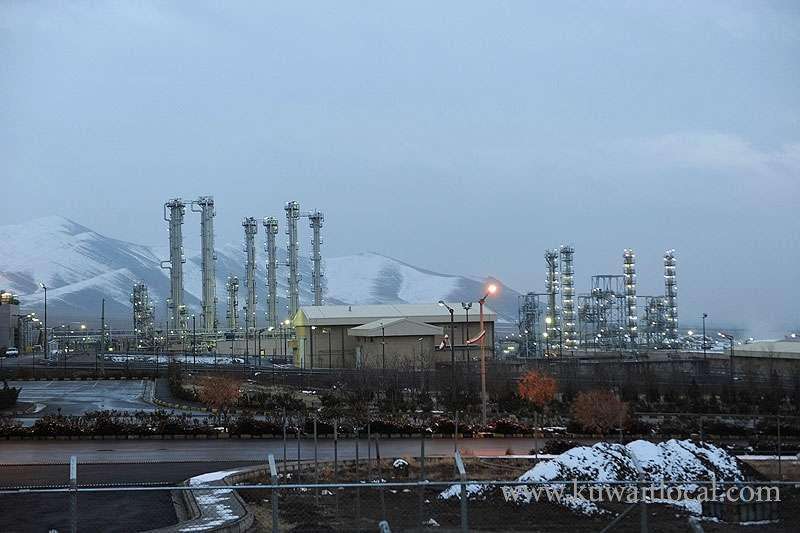 The European Union warned of “risks of miscalculation” in the Gulf region Sunday and repeated calls for restraint and dialogue. “In view of rising tensions, it is essential to show restraint and avoid any further escalation.”

The risk of miscalculation remains high, especially in the absence of dialogue,” said Secretary-General of the European External Action Service (EEAS), Helga Schmid. “Listening to the concerns of all the stakeholders involved and finding ways to de-escalate are in the interest of everyone.

“The EU would like to see a region where contentious issues are addressed through dialogue and diplomatic engagement. We believe we all stand to benefit from avoiding confrontation and fostering cooperation”, she said in a statement after returning from a four-day visit to the UAE, Oman, Qatar and Iran. Schmid also used this opportunity to reiterate the EU’s continued commitment to the JCPOA (Joint Comprehensive Plan of Action, Iran nuclear deal) saying it is key to increasing stability and security in the Middle East and a crucial element of the global nuclear non-proliferation regime. She discussed in Iran current EU efforts, together with other European partners, to enable the continuation of legitimate trade with Iran, including through the operationalization of the special purpose vehicle “INSTEX”.

During her Gulf visit, the EEAS Secretary-General also touched upon bilateral relations, discussing ways towards the implementation of the Cooperation Arrangement signed between the EEAS, the EU’s diplomatic service, and the UAE, Oman and Qatar. She also exchanged views on regional issues of common concern, such as the conflicts in Yemen and Syria, the Middle East Peace Process, and the situation in Afghanistan, Libya and in Sudan, stressing the EU’s sustained interest in dialogue and engagement with the Gulf countries. Iran said on Monday it would breach internationally agreed curbs on its stock of low-enriched uranium in 10 days – a move likely to worsen tensions with Washington – but it added European nations could still save a nuclear deal that sets those limits. In an indication of concern at Iran’s announcement, Germany urged Tehran to meet all its obligations under the 2015 accord. Britain said if Iran breached limits agreed under the deal then London would look at “all options”. Close US ally Israel, Iran’s arch foe, urged world powers to step up sanctions against Tehran swiftly should it exceed the enriched uranium limit. US-Iran tensions are growing following accusations by US President Donald Trump’s administration that Tehran last Thursday attacked two oil tankers in the Gulf of Oman, a vital oil shipping route.

Iran denies having any role. Iran’s Armed Forces Chief of Staff, Major General Mohammad Baqeri, on Monday denied Tehran was behind the attacks and said if the Islamic Republic decided to block the strategic Strait of Hormuz shipping lane it would do so publicly. The secretary of Iran’s Supreme National Security Council, Ali Shamkhani, said Tehran was responsible for security in the Gulf and urged US forces to leave the region, state TV said.

In an announcement drawing signs of Western unease, Iran’s Atomic Energy Organization spokesman Behrouz Kamalvandi said “We have quadrupled the rate of enrichment (of uranium) and even increased it more recently, so that in 10 days it will bypass the 300 kg limit.” “Iran’s reserves are every day increasing at a more rapid rate,” he told state TV, adding that “the move will be reversed once other parties fulfil their commitments.” Tehran said in May it would reduce compliance with the nuclear pact it agreed with world powers in 2015, in protest at the United States’ decision to unilaterally pull out of the agreement and reimpose sanctions last year. The deal seeks to head off any pathway to an Iranian nuclear bomb in return for the removal of most international sanctions.

Accord
The accord requires Iran to curb its uranium enrichment capacity, capping Iran’s stock of lowenriched uranium at 300 kg of uranium hexafluoride enriched to 3.67 percent or its equivalent for 15 years. A series of more intrusive UN inspections under the deal have verified that Iran has been meeting its commitments.

Urging European signatories to hasten efforts to salvage the accord, President Hassan Rouhani said its collapse would not be in the interests of the region or the world. “It’s a crucial moment, and France can still work with other signatories of the deal and play an historic role to save the deal in this very short time,” Rouhani was quoted as saying during a meeting with France’s new ambassador in Iran.

Kamalvandi, in a news conference at Iran’s Arak heavy water nuclear reactor which has been reconfigured under the deal, said Tehran could rebuild the underground facility to make it functional. Heavy water can be employed in reactors to produce plutonium, a fuel used in nuclear warheads.

In January, Iran’s nuclear chief Ali Akbar Salehi told state TV that “despite pouring concrete in pipes within the core of the Arak reactor … Iran had purchased pipes for replacement in case the West violated the deal.” Salehi said that only he and the country’s top authority, Supreme Leader Ayatollah Ali Khamenei, had knowledge about the additional pipes.

Mojtaba Zolnour, head of parliament’s nuclear committee, said Iran would quit the nuclear Non- Proliferation Treaty (NPT) against the spread of nuclear weapons unless European powers saved the separate 2015 atomic deal. The west European signatories to the deal – France, Britain and Germany – have defended the nuclear accord as the best way to limit Iran’s enrichment of uranium.

But Iran has repeatedly criticised delays in setting up a European mechanism that would shield trade with Iran from US sanctions in an effort to save the nuclear deal. The United States and the International Atomic Energy Agency believe Iran had a nuclear weapons programme that it abandoned. Tehran denies ever having had one.

Secretary of State Mike Pompeo said on Sunday the United States did not want to go to war with Iran but would take every action necessary, including diplomacy, to guarantee safe navigation through Middle East shipping lanes. Representatives for the White House and the US State Department did not immediately respond to a request for comment on the Iranian announcement.

The International Atomic Energy Agency, the UN atomic watchdog, declined to comment. Its chief Yukiya Amano said last week he was worried about rising tensions around Iran’s nuclear programme and he hoped they could be resolved through dialogue. China’s Foreign Ministry did not immediately respond to a request for comment. Dutch Foreign Minister Stef Blok said on Monday the European Union wanted to stick to the Iran nuclear deal but that Iran needed to do the same.