<![endif]-->
Advanced Search
EPA Said Not Aware Of US Base Disposal Of Radioactive Waste On Kuwaiti Soil
Category: Kuwait 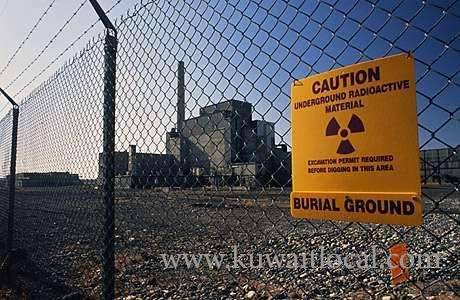 MP Osama Al-Shaheen affirmed the Environment Public Authority (EPA) spares no effort in bearing its responsibilities and implementing all directives and decrees. This came after the lawmaker submitted queries about information spread on various social media networks that the American military base in Kuwait is disposing radioactive waste on Kuwaiti soil.

The authority clarified it has neither obtained such information nor is aware of such action. As for the measures taken by EPA regarding this news, the authority disclosed that it will soon sign a Memorandum of Understanding (MoU) with the Ministry of Defense.

This is in addition to the formation of a joint committee which will deal with land examination cases and military hardware waste whose disposal requires collaboration of the two institutions as some waste materials have radioactive and chemical components. On the steps taken to ensure that the American military bases in the country comply with environmental and health regulations, the Ministry of Public Works explained this is under the jurisdiction of its defense counterpart like all affairs related to Kuwaiti or foreign militaries.

Meanwhile, MPs have started looking into the priorities of the State including the Early Retirement Bill in a bid to strengthen cooperation with the government and ensure transparency in development plans. MPs also submitted queries to the concerned ministers requesting for updates on ongoing State projects.

On the Early Retirement Bill, MP Ali Al-Duqbasi confirmed the Parliament is keen on extending a helping hand to pass the bill immediately. He pointed out the bill, once approved, will provide around 10,000 job opportunities to citizens without putting pressure on the general budget of the State. He said this bill is considered a public demand, “so we should deliver as the people’s representatives.”

He warned that any request from either the Financial Affairs Committee or the government to further review the bill will be regarded as procrastination.

In another development, MP Safa Al-Hashem said controlling diseases and development of general healthcare in the country are not amongst the priorities of the government. She pointed out the economic reform plan includes a directive on the construction of more hospitals but the development of general healthcare is excluded. She stressed the need to address this issue as kidney failure and cancer cases are on the rise, as well as deadly diseases which could easily affect children and senior citizens taking into account the level of sea water pollution.

Moreover, MP Mohammed Al-Dalaal asserted the biggest obstacle to any development plan is the absence of accurate planning and vision on the needs of the country. He said mismanagement is also a big factor behind the delayed implementation of numerous State projects or delay in the handover process due to the inability of the concerned authority to operate. “This costs the State a significant sum,” the MP stressed.

Therefore, the lawmaker submitted queries to the minister of public works, requesting for details of all ongoing projects including those that have completed construction but have yet to be operational and those in the planning stage. He also wants to know the assessment of the State Audit Bureau and other financial supervising bodies. Since these delays are clear indicators of poor planning, the MP asked if there has been any dialogue between the ministry and the Cabinet or other authorities regarding the revision of State plans.