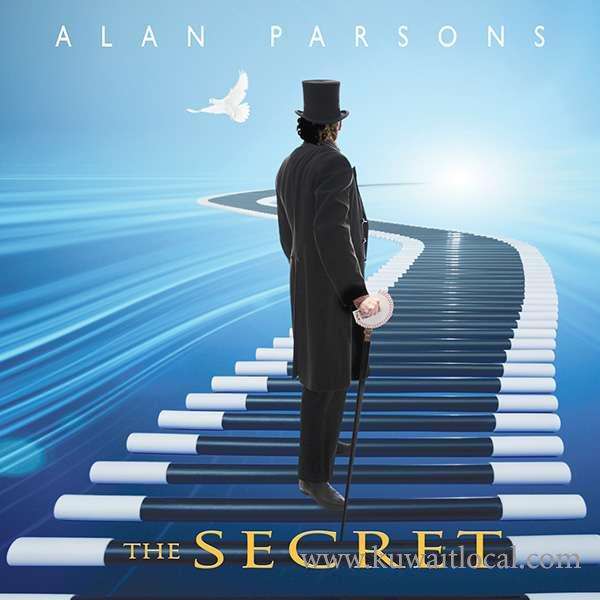 Magic is one of the themes of “The Secret”, Alan Parsons’ latest project, and it is best represented by the instrumental opening tune, “The Sorcerer’s Apprentice”. Its many moods over nearly six minutes are like an orchestrated soundtrack to a ‘60s animated Disney film or a magician’s stage act, with Steve Hackett, Nathan East and Vinnie Colaiuta helping to embellish Parsons’ passion.

On his first solo studio album since 2004, Parsons – without longtime collaborator Eric Woolfson (who died in 2009) – is back with a familiar approach: a handful of lead vocalists, crystal, smooth sounds and pop songs with classical and progressive rock elements.

Parsons recently turned 70 and won his first Grammy this year after over a dozen nominations, picking up best immersive audio album for “Eye In the Sky – 35th Anniversary Edition”. His first nomination was at the 1974 Grammys for his work as an engineer on Pink Floyd’s “The Dark Side of the Moon”, so it’s no surprise then that many songs on “The Secret” have autumnal lyrics dealing with the passing of time.

Parsons himself sings “As Lights Fall”, which has myriad echoes of “Eye In the Sky”, and it sounds autobiographical: “My sword was cast in songs of light/In sparks and waves, enchanted nights.”

A brooding intensity runs through much of Glen Hansard’s music, from his time with the Frames to the ambitious songcraft of “Once” to more mature compositions of recent years. It can leave you feeling like you’ve been cornered at a party by someone who has something important to say and won’t let you slip off to the kitchen.

That intensity surfaces again on Hansard’s fourth solo album, “This Wild Willing”, a rangy collection of experiments in musical exploration. His work demands that you listen with the same ferocity he brings to his playing and singing.

Several songs here start with a pulsating guitar or piano riff, swelling toward an explosive summit – perhaps most effectively on “Fool’s Game”, one of the album’s finer cuts. Make no mistake, this isn’t background music. (AP)

Repeatedly, Hansard reveals himself as a fearless, original thinker, and the daredevilry doesn’t always work. A couple of songs bear the burden of overwrought lyrics, the kind that call too much attention to themselves – like David Crosby at his navel-gazing worst.

But others are striking in their beauty. “Brother’s Keeper”, for example, features gentle, exploratory interplay between Hansard’s urgently appealing vocals and understated acoustic playing, a kind of jam-band mood piece.

The album’s closer, “Leave a Light”, is more gently cast, but it’s a gorgeous nod to Hansard’s Irish ancestors in folk balladry that seems built to last.

The common theme, again, is intensity. It’s worth the trouble not to turn away. (AP)