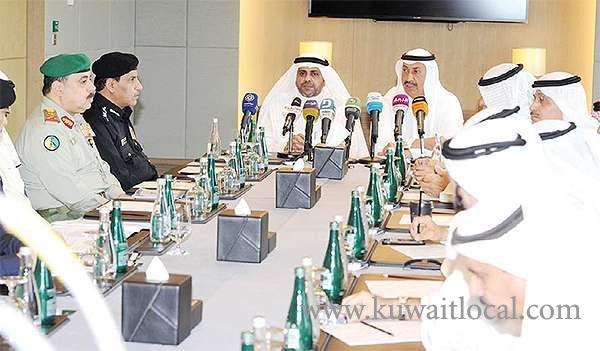 Two Kuwaiti ministers said Thursday that an emergency committee meeting would be held in accordance with directives of His Highness the Prime Minister Sheikh Jaber Al-Mubarak Al-Hamad Al-Sabah Al-Sabah to discuss solution on how to deal with the expected rain in the country.

Urged
Minister Al-Roumi urged citizens and residents not to leave their houses during heavy rain, adding that the roads during yesterday’s rain were clear and all emergency teams were on position. For his part, Minister Al- Jabri said that the role of the Ministry of Information is to gather all information from all government agencies to make the picture clear and refute rumors.

His Highness the Prime Minister stressed in a telephone conversation with the concerned ministers Wednesday evening on the need to ensure the readiness of government bodies under the current weather conditions. Increased chances of rainfall is expected in the country today and tomorrow, indicating that the weather in Kuwait is forecast to remain unstable in the coming days.

Announced
Meanwhile, Health Minister Sheikh Dr Basel Al- Sabah has announced that emergency units at Kuwaiti hospitals had received 10,038 patients on Tuesday in the wake of the unstable weather. Over 336 patients visited the emergency units to complete treatment and 23 critical cases to be put on ventilators, he said. He pointed out that the ministry had effectively enforced the emergency plan in coordination with other ministries and government bodies. He lauded the contributions of all staff members to the emergency plan.