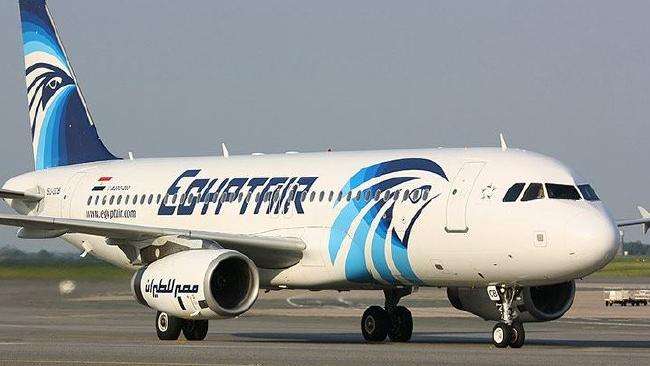 The hijacker of an EgyptAir flight that was forced to land in Cyprus on Tuesday is holding five non-Egyptians and eight airline staff members hostage, an EgyptAir spokesperson has told . There are 64 on board the hijacked plane, including 56 passengers, seven EgyptAir crew members and one EgyptAir security official, the spokesperson said. There were earlier reports of 81 people on board.

The majority of those on board, except for the five non-Egyptians and eight airline staff members, were let go after it landed in Larnaca, Cyprus. The nationality of the five is not known.

There are unconfirmed reports the hijacker is armed, possibly with a suicide vest. EgyptAir said it could only confirm that there is one hijacker. The demands of the hijacker are also unclear. EgyptAir flight 181 from Alexandria to Cairo was hijacked on Tuesday shortly after take-off from Alexandria’s Burj Al Arab Airport at 6.30am Egypt time, the spokesperson said.

The hijacker demanded that the aircraft land in Cyprus. It is currently on the ground at Larnaca International Airport.

The aircraft is an Airbus A320, the spokesperson said. A Russian passenger jet crashed in the Egyptian Sinai shortly after take-off from Sharm Al Shaikh in October 2015 killing all 224 on board.

A Daesh affiliate claimed responsibility for bringing down the aircraft. Russian and Western countries have said they believed the flight was brought down by a bomb smuggled on board the aircraft.