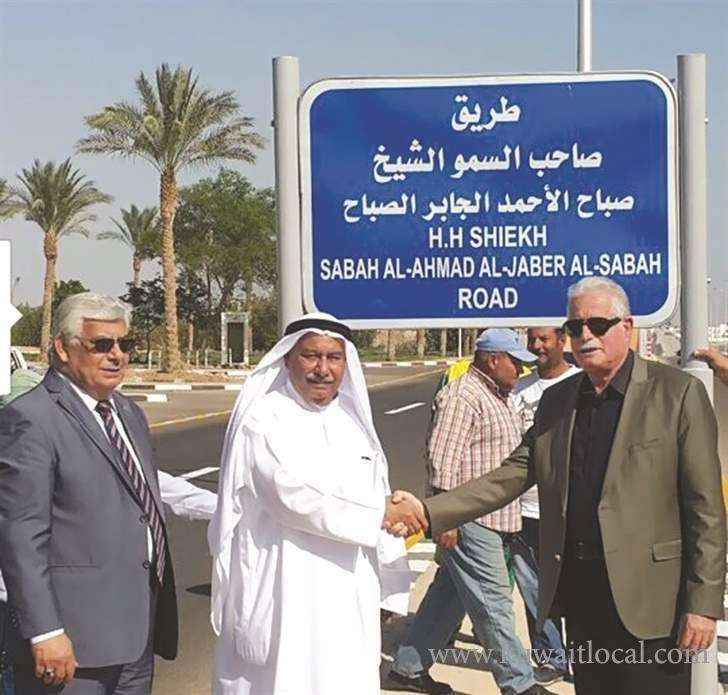 "This move embodies Egyptian leadership and people's love to the State of Kuwait and its leaders, particularly the Amir," Kuwait Ambassador to Cairo Mohammad Al-Thuwaikh said during a ceremony held on the occasion

"In cooperation with South Sinai Peninsula Governorate, a number of sculptures showcasing Kuwait's main tourist destinations, folklore and rich heritage will be hosted in the street, Al-Thuwaikh added.

He pointed out that Kuwait, through the Kuwait Fund for Arab Economic Development, continues its support to development projects in South Sinai and Suez Canal cities.

"The Kuwaiti leadership is keen on backing anything that gives impetus to Kuwaiti-Egyptian relations and takes it to new highs," the ambassador concluded