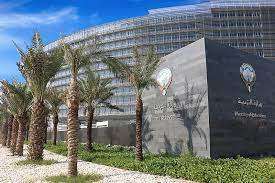 Dr. Shamlan Al-Qinai, the head of the Kuwait University Faculty Members Organization, said the association had been told of a plan to cut the university's budget, and that any budget cuts would have a direct impact on the university's educational and research processes.

The budget drop, according to a local Arabic daily quoting Dr. Shamlan Al-Qena'i, will influence a number of essential elements at the institution, including its ability to provide academic divisions and educational quality. The summer semester and the added teaching burden, he said, are the two most critical elements that will be impacted by the budget loss, which means the university will be unable to meet the needs of its students. He pointed out that other items will be impacted as well, such as teachers' scientific goals and research, merit bonuses, and textbook support for students.

Al-Qena'i advocated for exempting the educational sector in general, and Kuwait University in particular, from any budget-cutting policies, claiming that education is the cornerstone for preparing future generations, especially since Kuwait University accepts more students than it can accommodate because it is the country's only public university.