Advanced Search
Eating Processed Meat Can Lead To Bowel Cancer In Humans While Red Meat Is A Likely Cause Of The Disease- WHO
Category: Health 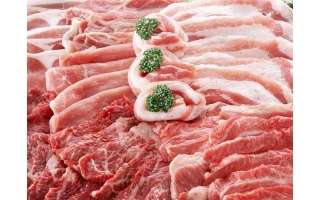 Processed meat like hotdogs and ham cause cancer; red meat risky too , WHO  experts said on Monday in findings that could sharpen debate over the merits of a meat-based diet.

The France-based International Agency for Research on Cancer (IARC), part of the WHO, put processed meat such as hot dogs and ham in its group 1 list, which already includes tobacco, asbestos and diesel fumes, for which there is “sufficient evidence” of cancer links.

“For an individual, the risk of developing colorectal (bowel) cancer because of their consumption of processed meat remains small, but this risk increases with the amount of meat consumed,” Dr Kurt Straif of the IARC said in a statement.

Red meat, under which the IARC includes beef, lamb and pork, was classified as a “probable” carcinogen in its group 2A list that also contains glyphosate, the active ingredient in many weedkillers. The lower classification for red meat reflected “limited evidence” that it causes cancer. The IARC found links mainly with bowel cancer, as was the case for processed meat, but it also observed associations with pancreatic and prostate cancer.

The agency, whose findings on meat followed a meeting of health experts in France earlier this month, estimated each 50 gram portion of processed meat eaten daily increases the risk of colorectal cancer by 18 per cent.

The IARC, which was assessing meat for the first time and reviewed some 800 studies, does not compare the level of cancer risk associated with products in a given category, so does not suggest eating meat is as dangerous as smoking, for example.

Health policy in some countries already calls for consumers to limit intake of red and processed meat, but the IARC said such advice to consumers was in certain cases focused on heart disease and obesity.

The preparation of the IARC’s report has already prompted vigorous reactions from meat industry groups, which argue meat forms part of a balanced diet and that cancer risk assessments need to be set in a broader context of environmental and lifestyle factors.

The IARC, which does not make specific policy recommendations, cited an estimate from the Global Burden of Disease Project — an international consortium of more than 1,000 researchers — that 34,000 cancer deaths per year worldwide are attributable to diets high in processed meat.

This compares with about 1 million cancer deaths per year globally due to tobacco smoking, 600,000 a year due to alcohol consumption, and more than 200,000 each year due to air pollution, it said. If the cancer link with red meat were confirmed, diets rich in red meat could be responsible for 50,000 deaths a year worldwide, according to the Global Burden of Disease Project.

According to the latest survey of the British diet, the average adult eats around 71g of red meat a day. The guidelines would bring the UN’s position in line with the World Cancer Research Fund

(WCRF), which says there is convincing evidence that processed meat can cause bowel cancer.

But Dr Jill Jenkins, a GP and member of the Meat Advisory Panel, an industry sponsored body, said she would not be advising her patients to stop eating meat, but she did recommend caution over highly processed meat products. “I think certainly that we should be keeping a low level, so everything in moderation,” she told the Today programme on BBC Radio 4.

“From the same body we have had advice about the carcinogenic effects of the air we breathe and the sun on our skin, so I think we have to take it within reason in that if you are stuffing in burgers and sausages and bacon every day, yes you are at risk.  “If you have some healthy, locally made high-protein sausage once a fortnight, well, I personally don’t consider that a risk.”

5 Year Residence For Expats And 10 Years For Expat Businessmen A new residency law will be introduced that underlines that an expat can acquire a residency visa for up to 5 years and for an expat businessman with a valid project, it is for 10 years. Among the ... August 12, 2020 2 7420 Category: Expats

After Days Of Waiting, First Flight Left To India From Kuwait Today After a long wait of more than three weeks, the flight to India resumed from Kuwait international airport today with the first flight carrying 322 Indians stranded here to Delhi. The flight, arrang... August 11, 2020 0 6265 Category: Kuwait

Large Scale Expat Deportation Plan In Progress Planning is underway for the large scale arrest and deportation of around 126,000 expatriates living illegally in Kuwait, reports Al Jarida daily. They did not take advantage of the amnesty in April a... August 11, 2020 1 5734 Category: Expats

Allow Entry To Non-Kuwaitis From The 31 Banned Countries Who Are Related To A Kuwaiti The General Administration of Civil Aviation issued a circular to airlines operating at Kuwait International Airport allowing non-Kuwaiti passengers who have a relationship with a first-class Kuwaiti ... August 09, 2020 0 4643 Category: Travel

Steps To apply for Renewal of Kuwait Society Of Engineers (KSE) Membership And No Objection Certificate Online If you hold a engineer visa KSE membership is must and you have to renew it Every Year, Below we will explain the process about renewal KSE membership and applying NOC, this process is for who already... August 10, 2020 0 4607 Category: Kuwait Society of Engineers

Only educated expats over 60 will have their residence renewed Public Authority for Manpower (PAM) has announced that expats at the age of 60 and above, without a university degree will need to make preparations to leave the country by end of this year. They are ... August 11, 2020 2 3069 Category: Expats