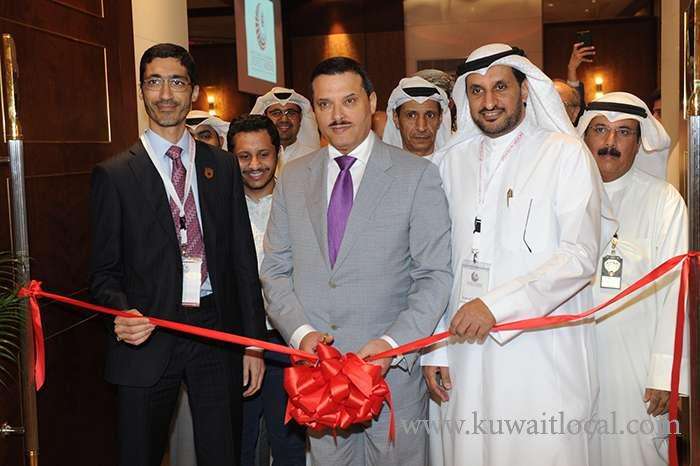 Minister of Health Dr. Jamal Al-Harbi said Friday his ministry referred the draft legislation on insurance against medical errors to the Fatwa (Legal Advice) and Legislation Department of the cabinet.

"The department is supposed to study the legal, financial and administrative aspects of the draft as a prelude to referring it to the National Assembly," he said.

The Minister made the press remarks following the inauguration of an international scientific conference on "Updates in Medicine," being organized by Kuwait Medical Association (KMA) under auspices of His Highness the Amir Sheikh Sabah Al-Ahmad Al-Jaber Al-Sabah.

"The draft envisages setting up an interdependence fund that will collect small fees from physicians, with a view to protecting them against harm relating to their profession.

"It is on the agenda of the parliamentary committee on health," Dr. Al-Harbi revealed.

He said the Ministry of Health backs KMA's efforts to improve the health service and ensure the safety of patients as per the standards set by the World Health Organization (WHO).

The minister delivered a speech to the conference on behalf of His Highness the Amir.

In the speech, Dr. Al-Harbi said "it is a humanitarian and professional responsibility for us to introduce the latest scientific and technological achievements to all medical specializations in the country." He stressed the need of doubling the efforts to improve healthcare in order to support the country's march towards sustainable development.

He praised the conferees for their great insight into upgrading the technological, scientific and technical aspects of the medical profession and sharing experience on the latest practices worldwide.

He added that the ministry will tap into the outcomes of the gathering while updating its policies and protocols for healthcare and protection of patients' rights.

Meanwhile, KMA chairman of head the conference Dr. Mohammad Al-Mutairi extolled His Highness the Amir for his kind patronage of the event.

He noted the KMA plays a growing social role on the local, regional and international scales, and takes part in international events meant to modernize the various branches of medicine.

KMA, out of belief in the noble approach of His Highness the Amir to humanitarian action, signed an agreement with Doctors Without Borders (MSF) on cooperation to provide medical aid to victims of conflicts in several parts of the world, he noted.

Dr. Al-Mutairi added that the ongoing conference gathered 600 physicians from the Arab region, the United States and Europe, with the number of doctors who registered into the webpage of the event amounting to 1,800.

The agenda of the two-day gathering includes 40 lectures and 15 workshops.