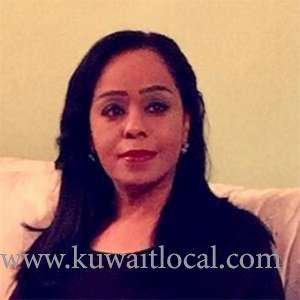 Assistant Professor of the Science Department at the Public Authority for Applied Education and Training Dr.Jenan Al-Harbi said Kuwait is invaded by house flies, which is a dangerous insect, because of the nature of its life and its presence in the garbage and human waste, reports Al-Anba daily. She said the flies carry microbes in their stomach and legs, and have the ability to spread bacteria in any place which can cause many diseases. She warned against underestimating the presence of this insect in homes, restaurants or hospitals and talked about the need to eliminate them immediately.

The fly is a vital carrier of typhoid, cholera, salmonella, tuberculosis, diarrhea and anthrax. She expected the end of this insect soon when the temperature will fall below 20 degree and pointed out the spread of another kind of fly with the spring and with the beginning of summer. Dr Jenan explained the spread of fl ies in Kuwait, the latest panic and fear because of the presence of this insect in an unprecedented manner, is called the Musca domestica fly.

It has a short life cycle of 15 to 25 days and can live up to 28 days or a month depending on external influences, especially climatic conditions, most notably temperature and humidity. The house fly is characterized by a full life cycle from eggs to larva and then cocoon until a full insect if formed. After mating, the female lays between 100-150 eggs, and the number of eggs per bag can increase depending on the weather.

The duration of the cocoon (the critical stage), she said, until it becomes a full fly is between 4 and 6 days. This period is based on humidity and temperature. Speaking about the unprecedented invasion by flies, she said, this is likely to the beginning of the breeding season which coincided with the recent rains, and “what happened exactly with the beginning of the autumn this insect began to multiply and lay eggs in places like animal residues and human waste to enter the stage of the cocoon, but this year’s rains were unusual, and the soil and organic waste were washed away with their contents, revealing the underlying cocoons, presumably at the beginning of the latency phase,” she said.

Therefore, we find that there are clusters of cocoons in certain places in huge numbers which is abnormal or expected. Because of the high humidity and mild moderation in the temperature immediately after the rains and high humidity, all this led to the emergence of the cocoon from the period of latency and transform into a complete insect and increased the proportion of mating and reproduction again.