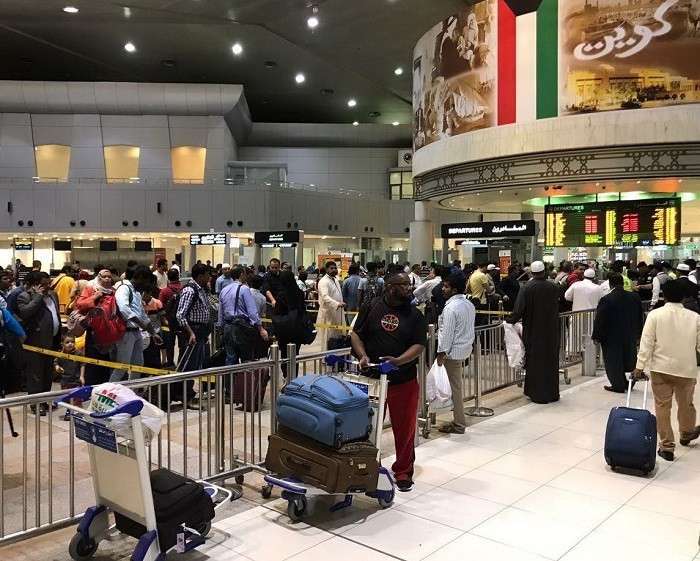 His Highness the Prime Minister Sheikh Sabah Khalid Al-Sabah was quoted as saying in June that ideally he would like to see the country’s current demographic imbalance reversed in the next few years — with 70 percent of the country’s population of 4.8 million made up of Kuwaitis and the remaining 30 percent expatriates.

Adding weight to this, in its final session held in late October, the 15th legislative term of parliament unanimously passed a new law that seeks to reduce the number of expatriates in a time bound manner, so as to restructure the country’s demographic imbalance. With all due respects to the prime minister, and to the parliamentarians, downsizing the number of expatriates is not the answer to reforming and growing a sustainable economy.

Let us do a back-of-the-envelope calculation on a few relevant figures to show the impracticality of throwing out expatriates, or achieving the desired 70:30 reverse demographic ratio, and how this is not a solution to overcoming Kuwait’s underlying economic and social problems.

According to the latest available data from the country’s Central Statistical Bureau (CSB), in 2018 Kuwait’s crude birth-rate was 25.1 per 1000 citizens, the death rate was 2.7 per 1000, and  natural population increase was 22.4 per 1000 nationals. Using this natural growth and current population of 1.4 million Kuwaitis, we can assume that around 31,360 citizens are added to the national pool each year.

Considering that total fertility rate in Kuwait has been steadily declining in recent years, and extrapolating from above numbers, we find that 156,800 Kuwaitis will be added to the current population over the next five years to reach a total of around 1.56 million nationals by the year 2025. Though highly unlikely, let us assume that liberal naturalization policies add another 40,000 people to the citizen-pool within the next five years. This would give us a figure of 1.6 million Kuwaitis by 2025.

Achieving the prime minister’s desired population ratio, using the projected 1.6 million Kuwaitis as the base, would imply that by 2025 the total population of Kuwait would be 2.3 million, of whom around 690,000 would be expatriates — a steep reduction of 80 percent from the current expatriate population.

However, the recently passed law to reduce expatriate numbers specifies that certain categories of expatriate workers will be exempt from any trimming exercise. These include members of diplomatic delegations, military delegations, medical and educational jobs, civil aviation operators like pilots and co-pilots, laborers needed in the implementation of infrastructure and development projects, and, of course, domestic workers.

To meet the 40,000 remaining slots for other essential workers, we would have to cull the current number of expatriates in public sector by nearly 60 percent. Picking and choosing who gets exempt and who gets axed, as well as grudgingly allowing the exempt workers to bring in their families, would stretch our calculations at the seams. Nevertheless, let us be magnanimous and make adjustments to realize the prime minister’s dream population ratio.

Hopefully, everyone in the country would be happy with this demographic outcome in 2025. Especially those legislators, who had complained of ‘expatriates usurping breathing space of Kuwaitis’, would probably be happy to breathe fresh ‘expatriate free’ air. Nationals would be fully employed by public sector entities, and the state would continue to dole out cradle-to-grave welfare and subsidies to citizens.

There is nothing against happily dreaming, that is, until a few niggling points shatter those dreams and bring us down to reality. A few pertinent issues on which most proponents of the new population law have remained silent include:

What happens to the private sector workforce? The private sector has been hailed as the potential savior of the economy, and the main driver of the state’s economic diversification plan. However, the private sector is currently overwhelmingly staffed by expatriates, with latest figures showing that there are 1.7 million foreigners and only around 80,000 nationals working in this sector.

The new population law does not make any room to accommodate this large expat  segment. But, without these private sector workers the oft-quoted economic diversification plan will wither even before it gets off the ground. More concerningly, without a vibrant private sector to support the economy, the country itself would inexorably come to a grinding halt.

Another issue is that the desired 70:30 ratio will lead to the number of expatriates in 2025 dropping by nearly 80 percent from its current level. What do we then do with all the real estate that has come up in recent years around the country — the many commercial centers, office buildings, apartment blocks, as well as the many private schools, clinics, public transport and other facilities that mainly cater to expatriates?

Moreover, who would do the retailing in our malls and shops; the cooking, cleaning and serving in restaurants and fast-food outlets, as well as providing services in hotels, beauty parlors and hair-cutting salons?  Who would do the auto repairing, the a/c maintenance, the laundering, the street cleaning, garbage collecting, landscaping, farming, cattle rearing, butchering, baking or delivering… the list could go on, but you get the point.

Would Kuwaitis do it? Maybe, but definitely not before the estimated 101 billion barrels of oil reserves in Kuwait first run dry. Or maybe earlier, because even without resorting to expelling expatriates and decimating the country’s private sector, the country’s diversification plans and the larger economy are already in jeopardy. The ongoing COVID-19 crisis has thrown an unexpected spanner in Kuwait’s oil-greased economy.

Throughout the past nine-month pandemic period, Brent crude has averaged around $33 per barrel. From a high of US$50 per barrel at the start of the crisis, oil fell to a low of $19.5 in mid-August. According to the International Monetary Fund (IMF), recurring budget deficits have steadily increased Kuwait’s fiscal break-even price for a barrel of oil from $45 in 2017 to around $65 in 2020.

The IMF data also underlines that the break-even price could be even higher if the 10 percent annual transfer to the Future Generations Fund were to be included. In addition, depleting stock of easily extractable oil and increasing cost of extraction from deeper wells could further raise the break-even point.  Lower global oil demand amidst the ongoing pandemic, as well as growing global trend towards sustainable and renewable energy, are projected to see oil trading well below Kuwait’s break-even price, at least in the immediate future.

Higher oil prices are important as export revenues from petroleum products account for more than half of the country’s GDP and over 90 percent of government income. But this overdependence on oil revenues is only part of Kuwait’s economic problems. Other issues are of equal if not of more concern to the country going forward.

The lack of meaningful economic diversification over the years; failure to implement timely economic, fiscal and administrative reforms; an ill-conceived Kuwaitization drive to replace foreigners with nationals without any regard to merit or adequate skills training; a bloated public sector where salaries and subsidies for nationals steadily chew into fiscal solvency and burden the budget, the challenges facing Kuwait are many.

Hastily throwing out expatriates is not a solution to any of these problems and should be the least of Kuwait’s concerns at the moment. Also, unless the global economy picks up and oil prices rise, it is highly likely that we would not have to expel expatriates; they would soon leave on their own.