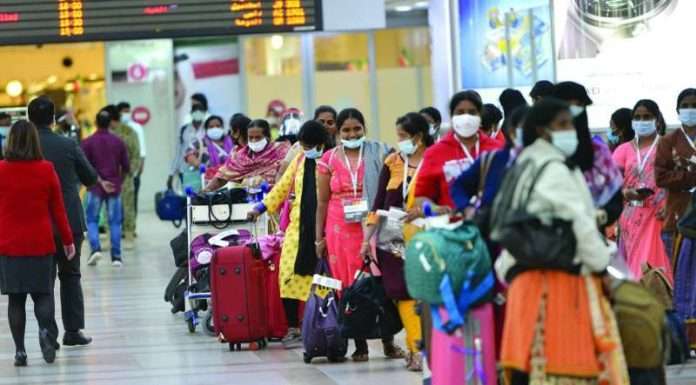 Kuwait has taken several ministerial decisions and circulars to improve the working conditions of migrants and domestic workers alike.

A Kuwaiti Arabic daily reports that the Kuwait Society for Human Rights has confirmed this, as it has tracked the development Kuwait had made during the first four months of this year.

This report, which was prepared in cooperation with the European Union Mission in Kuwait and the American Middle East Partnership Initiative, praises what has been achieved during the last four months.

There was an improvement in the working conditions of domestic workers following Ministerial Resolution No. 2022 of April 2017 regarding the decree placing an annual paid leave of at least one month upon completion of various assessments followed by the ability to transfer to another employer and an increase in overtime hours to two per day.

The report detailed the various decisions and circulars issued, beginning with the Public Authority for Manpower issuing work permits to sixty-year-olds who have a high school diploma or less, then passing through the issue of a circular to organize the procedures of labor recruitment offices and companies, and extending the validity of visas to within 3 months.

A new service, offering payments and printing of electronic entry visas for civil work, has been launched by the Public Authority for Manpower and the Ministry of Interior, as well as a circular on (requests for final cancellations of travel, cancellations and transfers outside the sector), and a new service through the Sahel application to facilitate government transactions.

The following eight areas have seen development
1 – Confirmation of at least one month of annual paid leave
2 – Possibility of switching employers
3 – Increasing the pay for overtime to a half-day wage with a limit of two hours
4 – Authorization of work permits for expatriates 60 and older who are not graduates
5 – Establishing some procedures that employers must follow when hiring domestic workers
6 – Return to work with a three-month validity period for entry visas.
7 – The ability to pay and print entry visas electronically.
8 – Request information regarding the labor complaint session through Sahel.