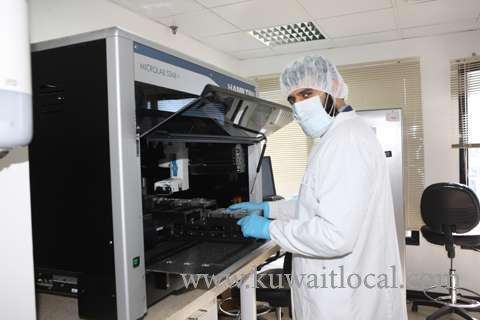 The DNA Sample Collection Law took effect Wednesday and three centers have been established for this purpose. Sources disclosed the general departments for Criminal Evidence, Citizenship and Passports Affairs in the Interior Ministry have established three centers to serve citizens who want to obtain electronic passports after their DNA samples are taken by mid-June.

Sources said three teams from the Laboratories, Automated Cognition and DNA departments have been assigned to the centers to receive the citizens. Sources revealed the saliva DNA sample collection process per individual will not exceed one minute.

Sources added a grace period of one year has been given for stopping the use of the current version of citizens’ passports, indicating the transactions of citizens who will fail to obtain e-passports within this period will be suspended automatically.

During the meeting, Al-Mekrad reiterated the role of KUNA, as well as all mass media, to cover KFSD’s hard missions, and how firemen handle various incidents for the protection of people and properties. For his part, Al-Ali highly appreciated firefighters’ hard efforts, saying that KUNA is keen on fulfilling its due role, namely bolstering public awareness on fire prevention, and protection.

In an unrelated development, the Ministry of Interior (MoI) has granted amnesty to all detained police officers on the occasion of the impending holy month of Ramadan.

The decision has been made by Deputy Prime Minister and Interior Minister Sheikh Mohammad Al-Khaled Al-Hamad Al-Sabah, on humanitarian grounds, to mark the advent of the holy month of Ramadan, a statement by the ministry noted.