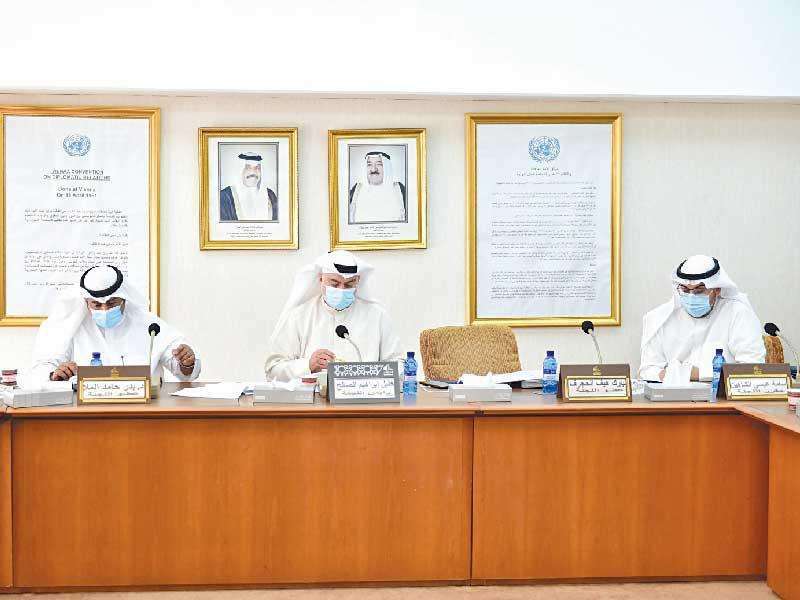 Arabic local newspaper Aljarida reported hat The Parliamentary Human Resources Committee has finalized its report on the demographics law after its first deliberation and the completion of all its amendments submitted by the government and MPs, and referred its report to be on the agenda of tomorrow’s session in preparation for its approval in the second deliberation.

Parliamentary sources revealed yesterday that the government wants to address the demographics with decisions and regulations, not a law. That this issue is considered eternal, and the latter did not provide fundamental solutions to it.

The sources explained that the committee took into account the government and parliamentary proposal that decided to extend the maximum limit for setting percentages, population weights, and surplus professions to be a year instead of 6 months, as an expression of goodwill and cooperation, taking into account the existence of elections and a new government formation, and because the year is a maximum, and percentages, weights and professions may be set before that.

They said that the committee rejected parliamentary and governmental proposals to abolish or reduce the criminal penalty for violating the provisions of the proposed law, considering the punishment and removal as an element of deterrence and a basic obligation for the success of the law.

In addition, while the Parliamentary Financial and Economic Committee was forced to submit its report on the draft law to support and ensure the financing of local banks for clients affected by the repercussions of the Corona pandemic, as stated in the first deliberation of the lack of a quorum yesterday, the chairperson of the Committee, MP Safaa Al-Hashem, revealed that she waited half an hour after the meeting date The quorum for the committee to discuss the amendments to the law was not completed.

Al-Hashem told that the committee has not been able to vote on the amendments or discuss them, and therefore he will leave the discussion on all amendments and vote on the law in its second deliberation for tomorrow’s session.

For his part, Deputy Chairman of the Council, Issa Al-Kandari, said: “As a result of the committee’s lack of consideration of the amendments and controls submitted by me and my colleagues, Adel Al-Damkhi and Osama Al-Shaheen regarding the financial security law, I announce my rejection of the law and vote against it in its second deliberation.”

As for a member of the committee, behind Dumayther, he confirmed that she was not able to meet yesterday due to lack of a quorum, indicating that she will refer the law to the council to take what it deems appropriate regarding it.

In a statement, Demither confirmed that he will not agree to this law in light of the continued seizure of 14 billion dinars with some government agencies, indicating that the council’s cooperation with the government is linked to the latter’s provision of a treatment for citizens ’loans by dropping them according to any mechanism that alleviates their suffering.