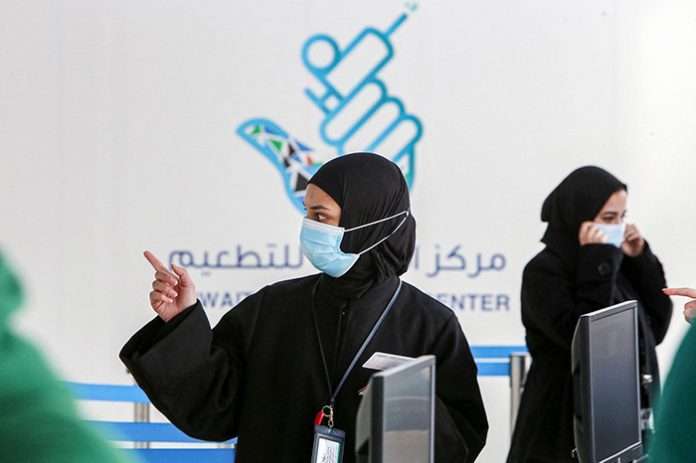 Despite the huge spike in number of infections, which jumped from 1,482 to 2,246 in the space of just 24 hours last week, marking the highest daily infection rate since the pandemic began in 2020, the concerned authorities maintain that the health situation is stable, and are confident that prevailing epidemiological conditions remain manageable.

Incidentally, the country’s newly appointed health minister, Dr. Khaled Al-Saeed, has been tested positive for the COVID-19 virus and is now confined to home quarantine. It is worth mentioning that last week the minister attended the regular cabinet meeting, as well as participated in the National Assembly sessions on Tuesday and Wednesday.

Though there is an increase in infections, which is similar to that experienced by other countries where the Omicron variant of the virus has spread, the decisive factor in whether it is a virus ‘of concern’ is dependent on the fatality rate and the cases admitted to intensive care units (ICU). Both of these numbers remain within acceptable limits in Kuwait, and this explains why health authorities are vigilant but unperturbed by the ongoing increase in infection numbers.

Health experts at the Ministry of Health (MoH) expect the current hike in infection numbers to continue until the first week of February, following which there could be a gradual decline. Moreover, the symptoms from the Omicron variant appear to be much milder than that of previous variants, and for the moment the authorities are not looking to introduce any drastic curbs on mobility of people through lockdowns or curfews.

However, if the current spate in infections leads to greater number of patients needing hospitalization and admittance to ICU, then the government could introduce a slew of containment measures such as shifting attendance in educational institutions to the online platform, or restricting entry to the country for foreigners, as well as other measures. For its part, the MoH is increasing the pace of administering booster doses to all those eligible, while also aiming to vaccinate children in the age group 5 to 1, which is expected to begin at the end of this month, as soon as sufficient vaccines arrive.

In the meantime, on Thursday, it was reported that the Ministry of Awqaf and Islamic Affairs reimposed curbs on worshippers in mosques as part of virus preventive measures. The measures that came into effect from Friday include worshippers at mosques maintaining safe distance, wearing face masks, bringing their own prayer mats, and avoiding direct contact with other worshippers. Mosque officials have also been ordered to keep doors and windows open during prayer times and sermon periods, as well as limit Friday sermons to a maximum of 15-minute duration.

The government is also ready to implement any new recommendation made by the Cabinet’s Corona Emergency Committee, which is monitoring the epidemiological situation in the country and submitting its reports to the cabinet on a daily basis. Meanwhile, the authorities have stressed on the need for everyone to adhere fully with all health protocols and safety precautions, and also announced its intention to shut down any facility found in violation of health rules, as well as apply the full force of the law on anyone found spreading rumors on social media platforms.

Speaking about the evolving health situation in the country, head of the Supreme Advisory Committee to confront Corona, Dr. Khaled Al-Jarallah, said although “the rate of infection is high, and there is sharp escalation in the curve of infections with the ‘Omicron’ variant there was no need to panic. He reassured the public that the current health situation is far different to what it was at the height of the pandemic in July 2021. “Today, most of the infections are showing symptoms of the upper respiratory system, its severity is according to immunity and immunization, and recovery for all cases is inside the homes.”

“On the other hand, at the peak of the deterioration in epidemiological situation last July, though there were only 1,993 cases of infection, compared to more than 2,200 last week, the number of people in intensive care at that time was 310, while 1,150 were in wards, and fatality was at the rate of 20 daily deaths, while the number of active cases were 18,600, as against thet 8,088 active cases currently.”