Qantas pilots have rescued parts from the airline’s last Super Constellation plane from the sands of Kuwait. The project to recover and return to Australia the remains of the famous Southern Horizon aircraft that carried the Olympic torch to Melbourne in 1956 was a collaboration between the pilots, volunteers from the Qantas Founders Museum, and unexpected supporters in Kuwait, reports Al-Qabas daily, quoting thewest.com.au. Qantas flew 16 Super Constellations during the 1950s, all named with the prefix Southern.

The airline traded the plane to Boeing as part of Qantas’ move into 707s in 1963. The plane was operated by multiple owners until it was abandoned at Kuwait City Airport in 1976 because of a customs dispute. Kuwait’s Ministry of Defence acquired the aircraft for training and firefighting drills.

The retrieval effort began last month with volunteers battling scorpions and landmines and using military escorts to get them to the derelict plane. About 30 parts were taken to Ali Al Salem Air Base, where the Australian Defence Force used a RAAF C130 transport to move the parts to Dubai.

The project involved Qantas, the ADF, the Kuwait Air Force, the US Air Force, the Australian Embassy in Kuwait, Australia’s Department of Foreign Affairs and Trade and air bases in the Middle East.

The salvaged parts were loaded into a Qantas A380 at Dubai and flown to Sydney. The parts will be displayed at the Qantas Founders Museum in Longreach, Queensland, early next year. Some parts are expected to be housed at Qantas’ headquarters in Mascot, Sydney.

Several buildings are getting empty when the flights are still not started While the airport is crowded with people departing the country and some areas in the country are still under isolation, several real estate buildings are starting to empty. This has become a familiar ... June 30, 2020 1 16554 Category: Expats

India Bans 59 Chinese Apps Including TikTok, Helo, WeChat The government has banned 59 Chinese applications including top social media platforms such as TikTok, Helo and WeChat in order to counter the privacy security posed by these appli... June 29, 2020 0 5735 Category: India

600,000 Dinars Spend At Shopping Malls On First Day After Re-open Heavy sales witnessed in shopping malls and commercial centres on the first day of the second stage of return to normalcy after around 110 days of closure. According to the Automated Banking servic... July 01, 2020 0 5235 Category: Lockdown

120 To 130 Flights Daily From 1st Aug – PCR Test For Incoming Passengers The Council of Ministers approved operation of commercial flights for arrivals and departures from Kuwait International Airport starting from 1st August, with an operations of not more than 30% in the... June 30, 2020 0 4699 Category: Kuwait

PCR Certificate Is Not Free For Departures The Supreme Committee for the Re-operation of Commercial Trips has adopted the Ministry of Health’s protocol on health controls and requirements to leave citizens and residents and come to Kuwai... July 03, 2020 0 3896 Category: Coronavirus 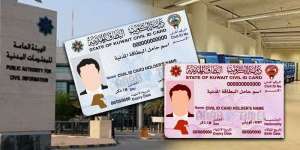 PACI Working On New Mechanism The Public Authority for Civil Information (PACI) is working on a new mechanism for the public to visit its premises, while ensuring strict compliance with the preventive measures in place to curb the... June 30, 2020 0 3825 Category: Kuwait

Water To Be Cut For 12 Hours In Certain Areas The ministry of water and electricity announce that public department for roads and land transportation has been contracted to link the new fresh water line to the fresh water network which may affect... July 02, 2020 0 3824 Category: Kuwait
Popular Videos