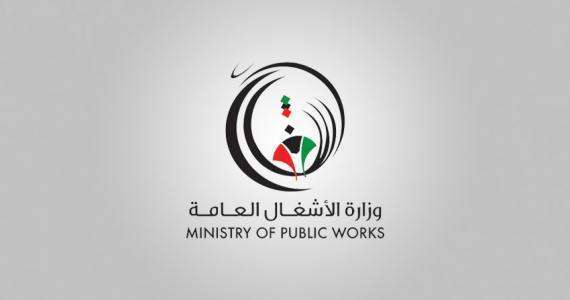 According to a report issued by the Ministry of Public Works, the completion of 20 architectural design agreements belonging to the construction projects sector of the ministry have been delayed at varying rates, some reaching 71 percent, reports Al-Qabas daily. Perusing this report, it is clear that the Ministry of Public Works, and not international consulting offices, had made some of these designs. Despite this, the designs are yet to be completed, which is negatively refl ected on the process of launching these projects.

Some of these projects have been delayed for more than a year due to several problems, most notably the lack of finalization of the architectural design. The report, which issued at the end of January 2020, highlighted that the list of projects whose design agreements suffer from severe delays includes a project of the Public Authority for Caring and Printing of the Holy Quran, which is located in the South Surra and has a delay rate of about 71 percent.

This delay is due to the continued failure of the consultative office to fulfill the observations submitted to it. This led to the delay in adopting the project phases, besides the consultant’s poor performance, mismanagement of the agreement, and non-compliance with the agreedupon schedule.

The report affirmed that the ministry had taken several measures against the consultant, the most important of which was to impose a delay penalty, grant the office a low evaluation, and to address the Central Agency for Public Tenders (CAPT) to apply the necessary penalties. Also, the agreement for the design of the Holy Quran printing press project in Sabhan area suffers from a delay of approximately 50 percent.

The report attributed this to the poor performance of the office and its mismanagement of the agreement, lack of commitment to the schedule and lack of experience in dealing with the ministry’s projects. The report affirmed that the necessary measures have been taken including imposing the delay penalties, granting the office a poor evaluation, and addressing CAPT in this regard. The list of stalled agreements also includes the family court project in Jahra area. The delay rate of this project is close to 50 percent due to mismanagement of the office and failure to adhere to the schedule. Another contract that suffers a delay rate of approximately 15 percent is the project of the Directorate General of Investigations, which was scheduled to be implemented by the Ministry of Public Works for the benefit of the Ministry of Interior.

This delay is due to the halting of the project for a period of three months because required approval from the Kuwait Municipality was not obtained, and the delay in removing the sewage station, which in turn led to the municipality’s delay in issuing a building permit. As for the agreement for the CAPT building project in Sharq area, it also suffers a delay rate of 15 percent because of the formation of a follow-up committee in charge of the architectural design work in accordance with the decision issued by the Cabinet in May 2017, which led to amendment of the design.