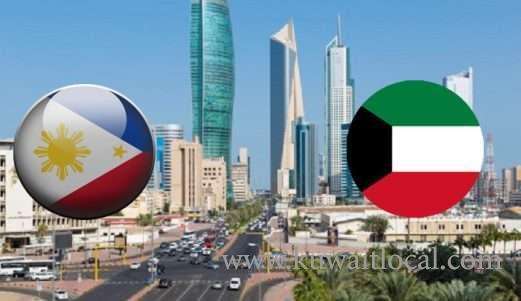 Labor Secretary Silvestre Bello III on Monday said the death sentence on the principal suspects in Joana Demafelis’ murder indicates the sincerity and good faith of the Kuwaiti government in giving justice to the slain Filipina worker.
But this early, Bello said he is not ready to recommend to the President the lifting of the total ban on the deployment of workers to the Gulf state. If ever, he added, a partial lifting may be considered for skilled workers but only after the formal agreement with Kuwait on the protection of Filipino workers is signed.

A Kuwaiti court has sentenced in absentia a Lebanese man and his Syrian wife to death by hanging over the murder of Demafelis who was found dead in a freezer early in February.

“We appreciate the efforts of the Kuwaiti government in bringing justice to the family of Joana Demafelis and it is a clear manifestation of their sincerity in complying with the conditions set by the President,” Bello said.
He said the final draft of the proposed agreement and his recommendations on the protection of Filipino workers had already been sent to the President for his approval for the formal signing of the memorandum of agreement (MOA) with Kuwait.

“Nagkaroon na ng consensus, we already have a final draft of the agreement and I sent my recommendations to the President for his approval. The moment the President approves it, then it will be ready for signing. The President has the last and the final call on this agreement,” Bello said.

Among the major provisions of the agreement include the prohibition of the surrender of Filipino passport to Kuwaiti employers, the binding effect of a common employment contract, the guaranteed payment of minimum monthly net pay of $400 paid through the bank, and the non-confiscation of mobile phones and other communication gadgets.
Bello also said pending and on-going bilateral agreements with other receiving countries in the Middle East are up for review to further ensure that the welfare and protection of OFWs are given utmost consideration.