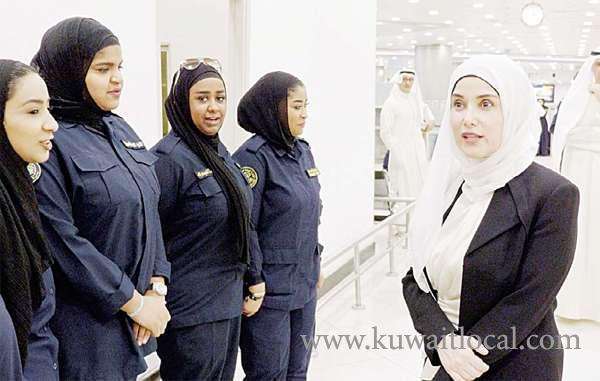 Customs officials at Kuwait International Airport will employ RFID technology for the inspection of arrivals starting Thursday. RFID, or radio frequency identification, uses wireless electromagnetic frequencies to identify and track moving objects. Directorate General of Customs head Jamal Al- Jalawi said that a total four exits at the airport, which await travellers upon their arrival, will be equipped with the technology.

One of the exits will be assigned to passengers who are without hand luggage, while those carrying luggage will leave the airport from the remaining three, he was quoted as saying in a statement. These exits will aim to ease arrival procedures for travellers and to ensure that their departure from the airport is not affected by any delay, suggested the official.

Meanwhile, he said that the State Minister for Housing and Services Jinan Boushehri recently carried an inspection tour of the airport. The visit was to review plans to renovate the airport and activate newlyadopted luggage inspection technology, which will protect the country from the trafficking of illegal substances.

Quality
Furthermore, Kuwait Minister of State for Services Jinan Boushehri said Sunday female inspectors would add quality manpower to the Directorate General of Customs’ operations. Women working as inspectors will compensate any possible shortage among inspection staff, Boushehri, also Minister of State for Housing, said in a statement during a visit to Kuwait International Airport. Boushehri commended keenness of Kuwait women in enrolling in difficult jobs, which used to be restricted for men. The Kuwaiti women, she added, were working side-by-side with their male colleagues. Jamal Al-Jalawi, Director General of Customs, said recruiting of women to work as inspectors was crucially important.

Capabilities
“Female inspectors demonstrated capabilities and efficiency, and have been carrying out major tasks that protect the country from the smuggling of dangerous materials,” he said. Furthermore, Directorate General of Civil Aviation (DGCA) signed Monday a contract worth KD 10.19 million ($33.6 million) with Dutch Deerns company for providing management and supervision services aimed at implementing a range of technical facilities at Kuwait International Airport.

Under the five-year contract, the Dutch company will provide services to develop meteorology and navigation systems at Kuwait International Airport, and to update technical guidelines, DGCA Chairman Sheikh Salman Sabah Salem Al-Humoud Al- Sabah said in a statement to KUNA. It will also contribute to the development of navigational capabilities, especially after the addition of new runways and a control tower to boost air traffic capacity before the opening of the main airport (T2), he added.

The contract was signed by Sheikh Salman Sabah Salem Al-Humoud Al-Sabah, and Deerns CEO Jan Karel Mak. Founded in 1928, Deerns Company has many branches in the Netherlands, Germany, France, Italy, Spain, the United Kingdom, the United Arab Emirates, Brazil and the United States.