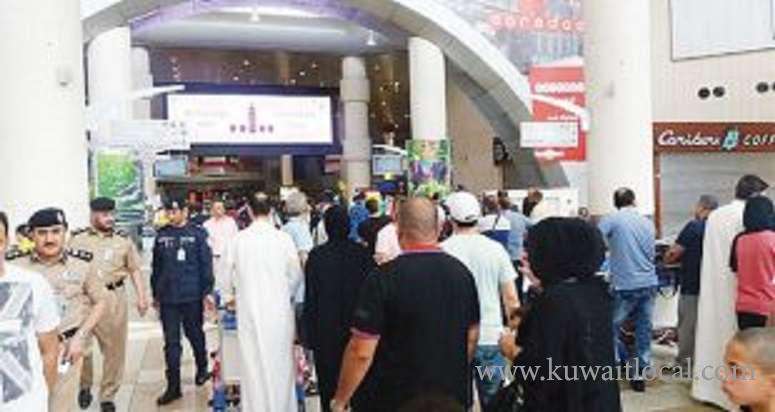 Director of Air Customs Department at the General Administration of Customs, Walid Al-Nasser, has called on passengers to check their baggage only, not to accept bags from unknown people saying the passenger will be held legally liable for the bags in his/her possession.

During a tour of the airport to get first hand information about the preparations being made by the General Administration of Customs for the travel season, Al- Nasser told the daily, if the passenger carries cash of up to $10,000 or its equivalent in local currency, he must disclose it to the customs officers so as not to be held legally accountable under the law of smuggling or money laundering.

On the nature of the work of the Air Customs Administration, he said the work of the administration is to supervise and control all that comes in or leaves the State of Kuwait through the Kuwait International Airport and within the customs area specified in all airport buildings and border points irrespective whether they are accompanied by passengers or just goods according to the unified customs law of the GCC countries.

This has not been overlooked by senior management represented by General Manager of the General Administration of Customs Jamal Al- Jalawi and Deputy Director-General of Ports Affairs Adnan Al-Gudeibi. He also talked about the new devices that have pressed into service and their usefulness. He said the airport uses latest state of the art technology to check the baggage to keep up with the latest technological developments. It disclosed the suspect bags are tagged with a security tape which is unseen by the passenger. This is done to facilitate other passengers to leave the airport with their baggage without being asked to open.

As for the number of arrests during the first half of this year, he put the number at 46 including those who attempted to smuggle drug of all kinds, pills, psychotropic substances, alcoholic beverages, smuggling of precious watches and jewelry, money and coins not disclosed to the customs officer.

Al-Nasser highlighted the obstacles and problems faced by customs inspectors during their work, whether from passengers or recipients of goods. He said that the most prominent is some customers’ lack of knowledge about the customs areas, the customs law and the role of customs officers and their duties in those areas. “We assure everyone that the customs officer is there to assist you in completing the procedures in accordance with the regulations and standards at the same time keeping in mind the safety and security of the country,” he said.