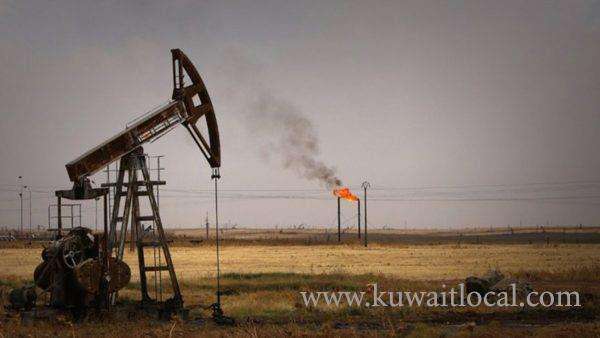 A month after the total ban against Iranian oil exports including oil products, will the Iranians remain good to its threat to force the oil prices to rise to the $100 a barrel level if the war against Tehran takes place? How will the oil embargoes replace the Iranian oil? reports Al-Rai daily.

The answer to this came from the expert and oil analyst Mohammed Al-Shatti, who said the Iranian oil sales, fell in May because of the US embargo to about 300 thousand barrels per day. Al-Shatti estimated China’s imports of Iranian oil at 475,000 bpd in the first quarter of 2019, likely to drop to 200,000 barrels in April.

Al-Shatti told the daily the crude oil prices fell despite the embargo on Iran, which contributed to a significant reduction in sales of Iranian oil to various markets, and reduced oil sales from Venezuela. He pointed out that the decline in prices which he said is continuous and remarkable, due to several reasons, but it revolves around the continuing impact of the war on trade and the performance of the global economy, and demand for oil, compared to the decline in some areas of production because of the geopolitical conditions, noting that the oil prices in the market, are mainly indicators and estimates, because the figures usually appear only after about two months more clearly.

Imports
“Looking at the official figures for India’s oil imports in the first quarter of 2019, it is clear that the increase came from Iraq, Mexico, the United States and Venezuela,” he said, adding that Japan had announced a halt to its imports of Iranian oil and raised imports from other destinations, most notably the UAE, Light quality, and is in line with refined oil mixture in Japanese refineries. He said that for Korea, it replaced its imports of condensates from Iran, and raised its imports from Qatar, noting that there was a clear increase in oil sales from Iraq by 100 thousand barrels per day, while Turkey succeeded in covering the needs from Russia and Iraq.

Al-Shatti said that the price action index clearly shows that the market is more interested in international trade and its effects on the global economy than it is on the market, so oil prices are falling. For his part, Dr Ahmed Al-Kouh, professor at the Faculty of Petroleum Engineering at Kuwait University, said that the recent Makkah summits have sent a clear message for Iran to align with the Arab and Islamic world with the GCC states and an unequivocal message from the Gulf in support of US warnings of Iranian threats.
Al-Kouh in a statement to Al-Rai said the other message from the Gulf is to ensure that supplies to the world market are not affected. He said that the main importers of Iranian oil will have access to similar oil from the global market to make it up with from other producing countries.

On the other hand, the sources confirmed that the world countries have already begun to compensate Iran’s oil from the already crowded market, one of the reasons for the rise in prices, pointing out that many countries tended to store oil in preparation for this stage.

The sources warned of the impact of trade wars on oil prices, which changed the data and natural effects on the market in terms of supply and demand, expected to cause the world to enter a recession in all sectors, affecting the global economy, and into a situation difficult to predict.