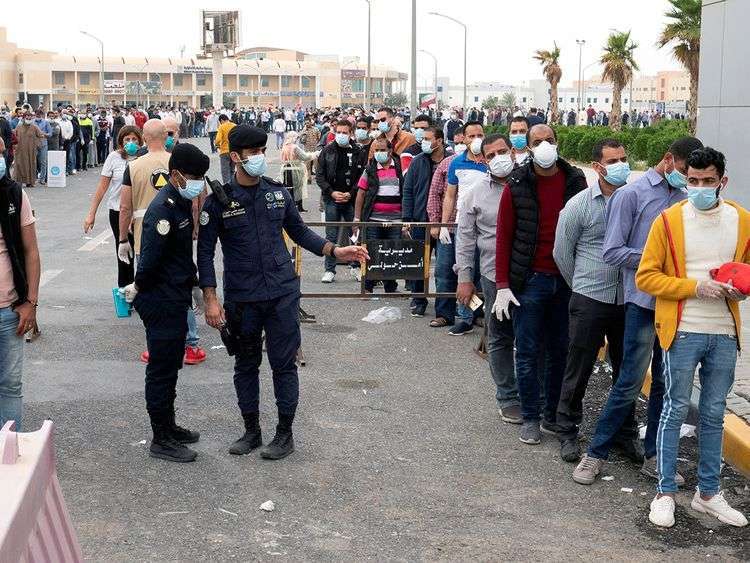 Like many other sectors, the recruitment agency sector has been immensely affected by the COVID-19 pandemic. Various factors have contributed to the forced closure of many recruitment agencies, from the 161 consecutive curfew to the economic downfall.

The head of the Kuwaiti Federation of Domestic Workers, Khaled Al Dakhan, pointed out that the travel ban on 31 countries has also contributed to the decline of the sector.

Due to the travel ban on 31 countries, many domestic workers find themselves stuck abroad unable to return to Kuwait, as the majority are from India, Philippines, Pakistan and Bangladesh.

“The decline of this sector was not all because of Corona, it happened at the beginning of the year when the Filipino president decided to ban domestic workers from coming to Kuwait,” Al Dakhan told Al Anba.

In January, the Philippine authorities banned the deployment of newly-hired workers to Kuwait, after an autopsy of Filipino domestic helper showed that she was sexually abused and then murdered by her employer.

“But then the COVID-19 pandemic happened and it put the entire sector in a state of complete paralysis as many of the recruitment agencies were closed for a long period,” Al Dakhan said.

Kuwait underwent the world’s longest curfew, from March 22 to August 30. The curfew hours changed regularly, usually every month, except when a nationwide curfew was imposed between May 10 and May 30.

“The coronavirus pandemic has cast a shadow over the office owners and has pushed them towards bankruptcy,” Abdulaziz Al Ali, the Federation’s adviser and former president, told Al Anba.

The federation has called on the Public Authority for Manpower to save the recruitment agencies from bankruptcy. Many recruitment agency owners pointed out that they continued paying rent and salaries, although business was halted.

The black market for domestic workers has increased in recent months due to the continued closure of recruitment agencies. Brokers have been providing domestic workers’ service illegally and at a high price, thus taking advantage of the lack of competition.

Last month, the Residency Affairs Department, in coordination with the Public Authority for Manpower found that 90 per cent of the domestic workers have expired residency permits, a source told Al Qabas.

It is unclear who is running these illegal domestic workers’ networks.

In May, the Indian Embassy warned Indian nationals of fake recruitment agencies and told them to verify all job opportunities offered to them.

How do recruitment agencies work?

In most cases, the agency in Kuwait workers with agencies from abroad, whether it is in Mumbai or Manila, to recruit workers to Kuwait. Most of the recruitment agencies bring in employees from Asian countries like India, Bangladesh, Philippines and Sri Lanka.

Many have criticised recruitment agencies for the lack of transparency, as many workers arrive in Kuwait only to find they are not doing the job they were hired for or that they are receiving a lower salary than they were promised.