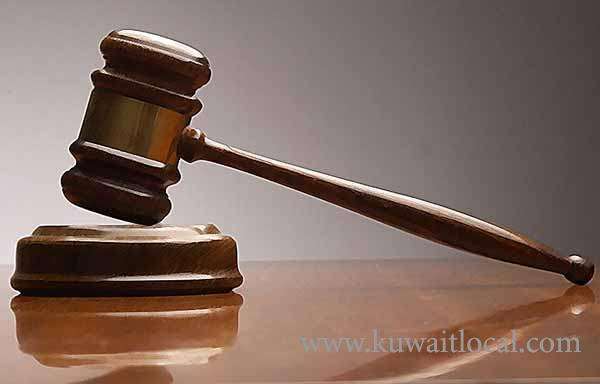 The Misdemeanor Court rejected a request to lift the travel ban imposed on two suspects in KGL Company cases, while the Russian suspect denied all the charges.

In another case, the court sentenced a supervisor at the Ministry of Awqaf and Islamic Affairs and Egyptian director of a company to seven years in prison with hard labor.

The court dismissed the former from his position in the ministry and banned him from holding any public office in Kuwait, while it fined them KD 3,000 each. The court also ordered imprisonment of the Mosques Sector director for three years and four months with KD 3,000 fine and removal from office.

It refrained from pronouncing punishment for the administrative supervisor in Ahmadi Mosques Sector, while 16 other suspects were fined KD 1,000 each in the case of embezzlement within the ministry. Meanwhile, the Court of Appeals has overturned the verdict of the First Instance Court which had earlier sentenced in absentia a citizen to one year in prison with hard labor.

Instead, the higher court refrained from issuing its verdict and ordered the citizen to maintain good conduct for a period of six months without any warranty. The citizen was accused of forcing his friend (plaintiff) to sign a cash receipt.

In his defense was Attorney Khawla Al-Mubarak who requested the court to return the case for investigation to prove through witnesses whether her client committed the crime or not, and to file for the statement to see if her client received any money as alleged by the prosecution. The court settled on overturning the First Instance Court’s verdict and refrained from issuing its verdict as per its mandate stipulated in Article 81 of the Penal Code.