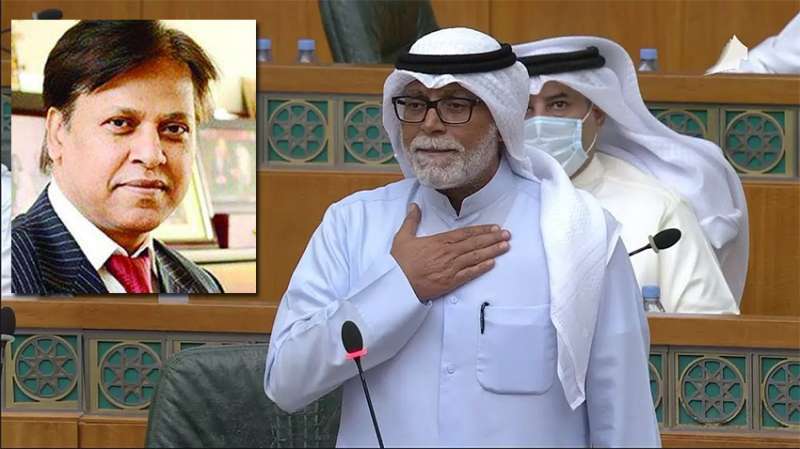 In a step towards the final settlement of the case of bribery, abuse of influence, and visa trade – a case that is infamously known as the “Bangla MP case”, the Court of Cassation, during its session on Sunday, ordered the arrest of former MP Salah Khorshid. The former MP is due to be referred to the Central Prison for the execution of the sentence issued against him by the Court of Appeals, which sentenced him to seven-year imprisonment with hard labor. The court also set the session of November 28 to decide on the appeals submitted. It decided to release MP Saadoun Hammad, who was acquitted.

During the court session, which was preceded over by Judge Ahmed Al-Ajeel, the defendants Hammad, Khorshid and others were represented. Their defense counsel requested their release and the suspension of the execution of the sentences issued against them until the case is decided. At the end of the session after hearing the court’s decision to refer him to the Central Prison, the health condition of former MP Salah Khorshid worsened. He was immediately taken to a hospital. In another judicial matter, the Court of Appeals decided to adjourn to November 8 the case, which is known as “ambulance tender bribery case”, filed against the deputy head of the Central Tenders Committee and a businessman.

The Criminal Court had sentenced the deputy head of CTC, who was arrested by Interpol after his escape, to ten year imprisonment, dismissed from his job, and ordered the return of KD 290,000. The second defendant “company manager” was sentenced to four year imprisonment, and imposed the payment of guarantee of KD 4,000 to suspend the sentence. The third defendant “middleman” was acquitted of all charges leveled against him by the Kuwait Anti-Corruption Authority (Nazaha).