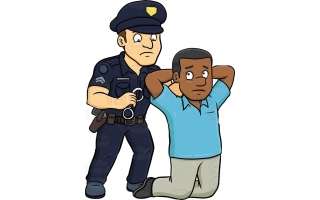 The security authorities have arrested an international five-man gang three Kuwaitis, an Egyptian and a Jordanian for money laundering and referred to the Public Prosecution.

According to reliable sources the money came from Europe and the United States of America which was then sent to the Gulf, Arab and various African countries. The sources said, the arrest came after one of the citizens of an unidentified GCC country informed Kuwait about the illicit activity large sums of money transferred from money exchange offices which in six months had reached almost two-and-a-half million dollars.

This money was reportedly generated by drug trafficking or prostitution or illegal sources in a number of countries.

The security forces spotted the conversion processes, which are about transfers from the United States and European countries, including Germany, to the exchange company managed by an Egyptian and a Kuwaiti citizen, and two other Kuwaitis and a Jordanian who does not live in the country but carries an international arrest warrant.

Sources said, the money is then transferred through fake operations to be issued in cash and then again deposited with the exchange companies after deducting 20 percent of its value which is then distributed among the five suspects before transferring the money to Bahrain and the United Arab Emirates, and to other Arab and African countries without known the source of final destination.

The sources did not rule out that these funds are transferred from the Gulf States to countries including terrorist organizations such as al-Qaeda and DAESH or other illegal organizations.

The security services have reportedly seized from the suspects more than KD 50,000 and documents pertaining to illegal transfers. The sources said investigations revealed after the Egyptian was arrested he admitted to his crime and led police to the other four suspects.