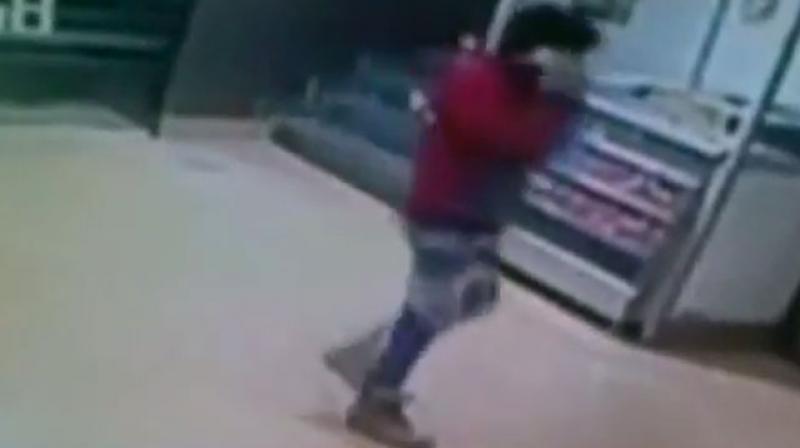 A 22-year-old woman who delivered a child few days ago, was allegedly sexually assaulted in the ICU of a private hospital at Bahadurgarh in Haryana's Jhajjar district. Police has launched raids in Bahadurgarh and its neighbouring areas to nab the accused whose movements were captured on CCTV cameras installed at the hospital.

The incident occurred on Saturday when the man walked inside the hospital and committed the crime, Jhajjar SP, Sumit Kumar said on Sunday. "The 22-year-old woman was assaulted by the man. The victim first thought a doctor was examining her and soon thereafter the accused walked out after committing the crime," Kumar said.

He said the pictures of the accused had been captured by CCTV cameras as he is seen walking in the hospital's corridors and parking area. "According to the clues we have obtained from the footage, he had come in a Hyundai Elantra car. We are hopeful of arresting him soon," he said.

The SP said that though their priority was to arrest the accused, action will be initiated against hospital staff and security as well if negligence on their part is found. "Of course, we are questioning the hospital authorities to establish how a man managed to walk inside the hospital ICU and commit the crime without anyone coming to know about it," he said.

Haryana Health Minister Anil Vij said police had been directed to take swift action in the matter. "Stern action will be taken against the accused as per law," Vij said.

Vij said the same man was stated to have visited another private hospital nearby some time after the first incident, where he had tried to repeat his action. "Police is already on the job and the accused will be nabbed soon," Vij said.

Bahadurgarh DSP Ajit Singh said a case under Section 376 (rape) of the IPC and other relevant provisions has been registered against the unidentified accused. "The woman thought a doctor had come to examine her. However, after realising that something was not right, she objected, after which the accused walked away," he said.

Police said the accused was said to be wearing a 'white coat' resembling the attire worn by doctors. The victim had recently delivered a child through a caesarean operation and was admitted in the ICU at the private hospital in Jhajjar.

Police said CCTV footage showed a man getting down from the Elantra car outside the hospital, at around 3.30 am, and going straight to the ICU. He is also seen leaving the hospital. After the incident, the woman called a nurse to inform her husband who later lodged a complaint with police.