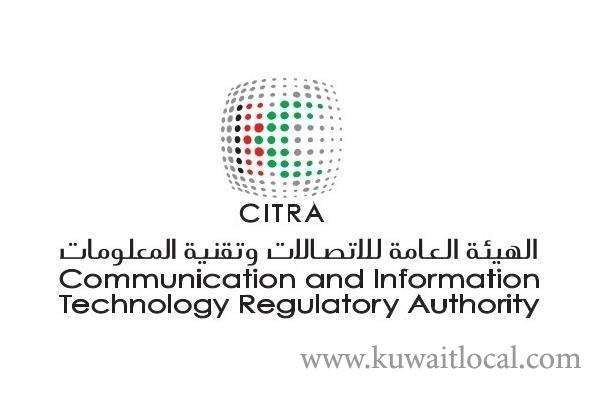 The Communication and Information Technology Regulatory Authority (CITRA) has called telecommunication companies to commit to the marketing schemes for the newly launched 5G service, including its various segments, categories, and prices. The authority would carry out all legal actions against companies that fail to launch the new service with all its segments and categories, CITRA’s Chairman and CEO Salem Al-Athainah affirmed to KUNA Monday.

It is also important that telecom companies commit to CITRA laws regarding competition; otherwise, the authority would be forced to take legal procedures against them, added Al-Athainah. The 5G technology would be so essential for users and service providers in enhancing the telecom market in the country, he noted, adding it has already made a quantum leap in the Internet system around the world with a peak speed of 20 Gbps.

Established in 2014, CITRA is responsible for overseeing the telecommunications sector, monitor and protect the interests of users and service providers and regulate the services of telecommunication networks in the country, while ensuring transparency, equality of opportunity and fair competition. Meanwhile, Kuwait’s Ministry of Information has become the first government body to employ 5G wireless technology, touted as the “next generation” of mobile communication, in conjunction with local telecom operator VIVA.

Supports
The initiative supports His Highness the Amir Sheikh Sabah Al-Ahmad Al-Jaber Al-Sabah’s vision to build a new Kuwait, where high-tech infrastructure abounds, Information Minister Mohammad Al-Jabri said in a statement on Tuesday. He described the measure as an effort to embrace cutting-edge technology, citing an ongoing 5G trial period as per the instructions of His Highness the Prime Minister Sheikh Jaber Al-Mubarak Al- Hamad Al-Sabah. On the joint endeavor, VIVA CEO Mazaid Al-Harbi said the company is proud to join forces with a prominent government body, helping equip the ministry of information with dazzling technology. The 5G wireless technology will be a useful tool for the Ministry of Information as it continues its extensive coverage of local events, he added.