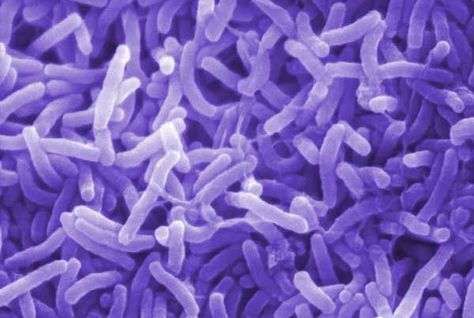 A cholera outbreak in Iraq has spread to Kuwait and Bahrain, and risks turning into a region-wide epidemic as millions of pilgrims prepare to visit the country, UNICEF's Iraq director said. The disease, which can lead to death by dehydration and kidney failure within hours if left untreated, was detected west of Baghdad in September and has since infected at least 2,200 people in Iraq and has killed six.

"It (the outbreak) already has a regional dynamic and the risk of that can only be increased by people from all over the region coming into Iraq," UNICEF country director, Peter Hawkins, said on Thursday.

Hawkins said cholera had spread to Bahrain, Kuwait and Syria but, in a later statement, UNICEF said the cases in Syria were not confirmed: "However, given the scale of the outbreak in Iraq the risk of cholera spreading across Iraq's borders remains high," it said.

Millions of Shi'ite Muslims are due to visit Iraq in December for Arbaeen, a religious ritual marking the end of an annual mourning period for the Prophet Mohammad's grandson Hussein, whose death in 680 AD entrenched the schism between Shi'ites and Sunnis.

Hawkins said UNICEF was working with clerics in the Shi'ite shrine cities of Najaf and Kerbala to convey information about how to guard against cholera, which is endemic in Iraq and the wider region. The outbreak can be traced to a number of factors including low water levels in the Euphrates and winter flooding that has contaminated the river and shallow wells with sewage water.

The war against Islamic State militants who control large swathes of territory in northern and western Iraq has also contributed to the outbreak. The conflict has displaced more than 3 million people, with many living in camps where conditions are conducive to the spread of cholera - a bite of contaminated food or a sip of contaminated water is enough to cause infection.

Hawkins said UNICEF has only limited access to areas controlled by Islamic State, which swept across the Syrian border in mid-2014 in a bid to establish a modern caliphate.

Higher military expenditure and other costs associated with the battle against Islamist militancy has aggravated a cash crunch for Iraq, a major OPEC oil producer that has suffered from the drop in global crude prices over the past year.

A higher proportion of the government budget is also being spent on security at the expense of other services and infrastructure such as water supply, Hawkins said. One in five of the confirmed cases in Iraq is among children, and in large parts of the country the start of the school year was delayed by a month as a precaution, UNICEF said in a statement.

In response to the outbreak, UNICEF is providing bottled water, oral rehydration salts and installing community water tanks, but like most humanitarian operations in Iraq it is severely underfunded.

Expats Leaving Kuwait Creates Tremor In Real Estate While the airport is crowded with people departing the country and some areas in the country are still under isolation, several real estate buildings are starting to empty. This has become a familiar ... June 30, 2020 0 14365 Category: Expats

India Bans 59 Chinese Apps Including TikTok, Helo, WeChat The government has banned 59 Chinese applications including top social media platforms such as TikTok, Helo and WeChat in order to counter the privacy security posed by these appli... June 29, 2020 0 5601 Category: India

Public Expats To Go … Not Doctors And Nurses Senior government sources said in exclusive statements that Civil Service Commission has only two years to reach the ratios approved in 2017 concerning the plan to replace expatriates with Kuwaitis in... June 29, 2020 0 4998 Category: Expats

120 To 130 Flights Daily From 1st Aug – PCR Test For Incoming Passengers The Council of Ministers approved operation of commercial flights for arrivals and departures from Kuwait International Airport starting from 1st August, with an operations of not more than 30% in the... June 30, 2020 0 4486 Category: Kuwait

600,000 Dinars Spend At Shopping Malls On First Day After Re-open Heavy sales witnessed in shopping malls and commercial centres on the first day of the second stage of return to normalcy after around 110 days of closure. According to the Automated Banking servic... July 01, 2020 0 3863 Category: Lockdown
Popular Videos