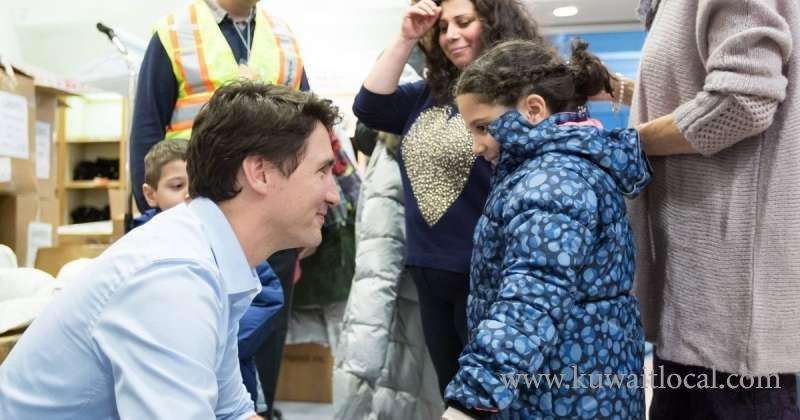 Canadian Prime Minister Justin Trudeau spoke at the W.I.S (Women International Summit) in Montreal, earlier this week where he mentioned that Canada’s policies on immigration are the reasons why it is attracting business ventures as compared to the United States. He also added that Canada being open to immigration has enabled it as a state to acquire top brilliant minds, educated, determined, intelligent and diverse individuals.

This is one huge step to development that the United States cannot match anytime soon. The event which brought together influential women CEOs, entrepreneurs and senior representatives of the government of Canada provided Trudeau an opportunity to explain how immigrants have led to the success of the nation from generation to generation. “We are positively inclined towards immigration, the immigrants in our country make up one percent of our entire population every year because we as Canadians have embraced the system.” He stressed. The process of immigration is taken seriously and with caution having rules and controlled execution of plans. The Liberal government of Canada revealed the new immigration levels plan the previous week. The unveiling of this was meant to see admissions of new permanent residents through the economic, refugee and humanitarian programs aimed to be effective by 2021.

David Bier an immigration policy analyst with the C.I.C.G.L.P (Cato Institute’s Centre for Global Liberty and Prosperity) in Washington echoed Trudeau’s comments when he said Canada’s new immigration strategy will be more disadvantageous to the United States in case the rate of immigration is reduced or remains constant. Bier further added that the United States immigration rate receded to 0.3 percent whereas Canada attained over 0.8 percent just in the year 2017. This made Canada’s rate 11 times higher than that of the U.S in economic immigration. According to Bier, America would lag in the global competition for labor and eventually harm their economic growth if they maintained their immigration levels.

This would happen especially due to the Republican proposal to lessen legal immigration. Canada, on the other hand, showed a promising future because as at 2017, the immigration level strategies displayed signs of widening. Navdeep Bains the Canadian minister of science, innovation and economic Development labeled the country’s immigration policies a crucial component of the value proposition to Canada in the present geopolitical climate.

Canada made plans to welcome 310,000 new permanent inhabitants and even create room for more between the years 2019 and 2021. Ahmed Hussen the minister for immigration, refugees, and citizenship addressed the strategy as one that would offer vibrant support for Canada’s economic state, especially with the high rate of aging population and widespread retirement. He echoed that, if immigration levels grow, specifically in the economic class, Canada will have a stable labor force which will, in turn, sustain the economic development and spur innovation.